We added support for 51 radars operated by the Australian Bureau of Meteorology. Several of these radars provide a full product suite of reflectivity, velocity, and spectrum width at four tilts. Others provide reflectivity and velocity or only reflectivity.

The Canadian government is in the midst of a multi-year effort to upgrade their radar network. RadarScope 3.9 adds data for five new radars: Radisson (CASRA), Blainville (CASBV), Foxwarren (CASFW), Smooth Rock Falls (CASRF), and Spirit River (CASSR). These new radars feature an improved product suite including high-resolution reflectivity, velocity, spectrum width, differential reflectivity, correlation coefficient, and specific differential phase at four tilts. As additional radars are upgraded and the data are made available to us, we’ll add support for them. 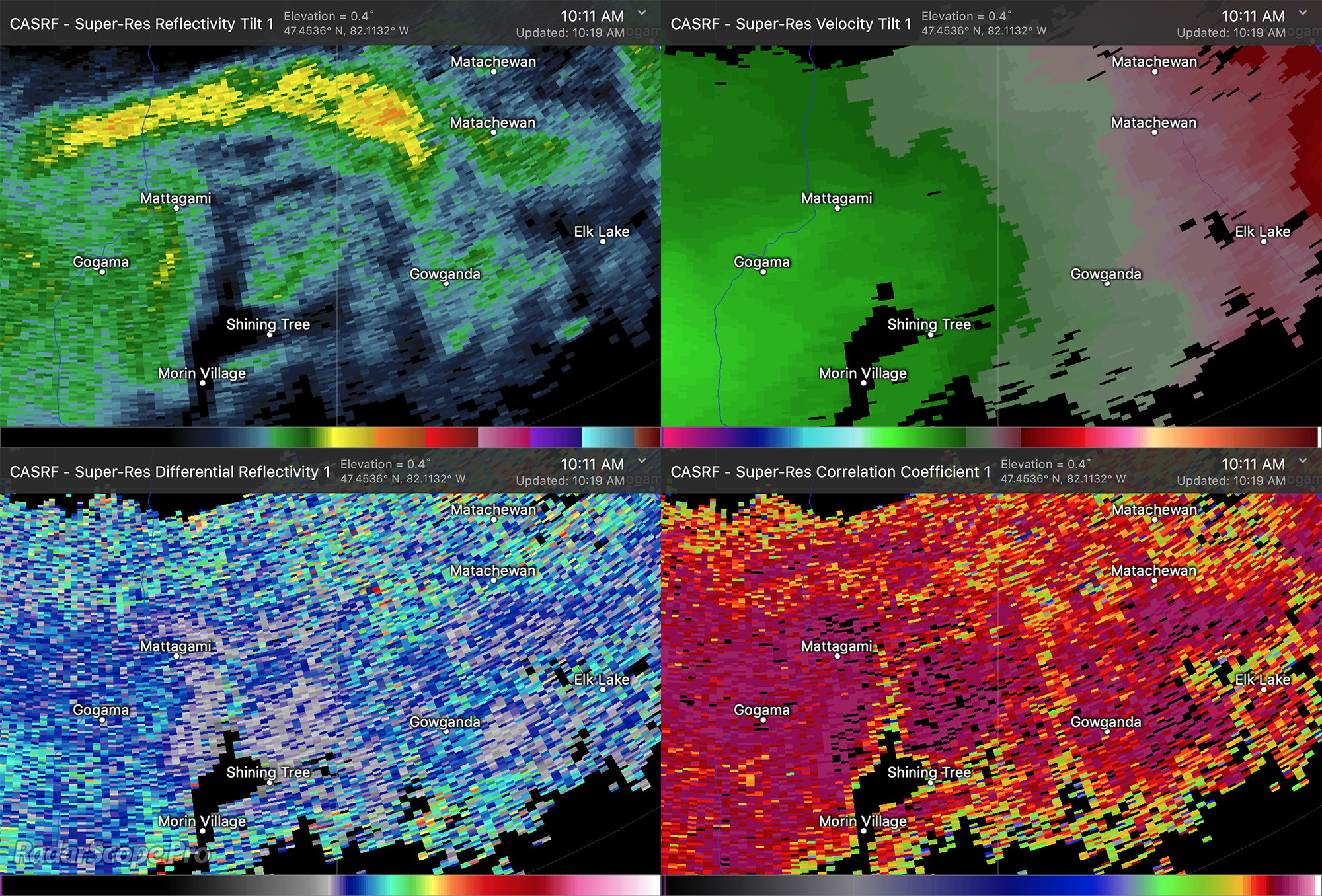 We’re expanding our suite of dual-polarization products for NEXRAD radars to include super-resolution versions of differential reflectivity, correlation coefficient, and specific differential phase at all four tilts.

We’re now serving all radar and lightning data to RadarScope 3.9 through Amazon Web Services, giving us increased redundancy, bandwidth, and load-scaling capabilities. Older versions of RadarScope will continue to rely on our data center in Dallas, so upgrade to 3.9 as soon as you can for the best experience!

Android 9 added support for displays with notches or cutouts for cameras and other sensors. RadarScope 3.9 adds support for notched displays when running on Android 9 or higher.

If you’ve been helping us beta test RadarScope 3.9, you may need to take some extra steps to update to the official release. Customers on iOS and tvOS running TestFlight builds will need to manually install version 3.9 from the App Store. After installing, you may need to open the Pro tab in the settings and hit the Restore button to restore your Pro subscription. If you have any trouble at all moving from the beta to the final release our support team is happy to help.

See Something? Say Something!

RadarScope 3.9 includes many more fixes and improvements for the most commonly reported bugs on all platforms. If you see something we missed, please reach out to us at technicalsupport@dtn.com. Provide as much detail as you can about your device model, operating system version, the behavior you’re seeing, and steps we can follow on our test devices to reproduce the problem. Our support team will follow up with you as quickly as possible to diagnose the problem and get it fixed.