July 19, 2019, will be remembered in many locations throughout the Upper Midwest and beyond as the day that the heat indices reached well over 100 degrees and dew points in the 80s.

Ensemble mean dew point of 80+! And so much moisture convergence. pic.twitter.com/4hi8x1q8qJ

In central and northeast Wisconsin, it will also be remembered for the severe, life-threatening thunderstorms – something the region doesn’t experience often. In fact, seven tornadoes were surveyed across the region that day. 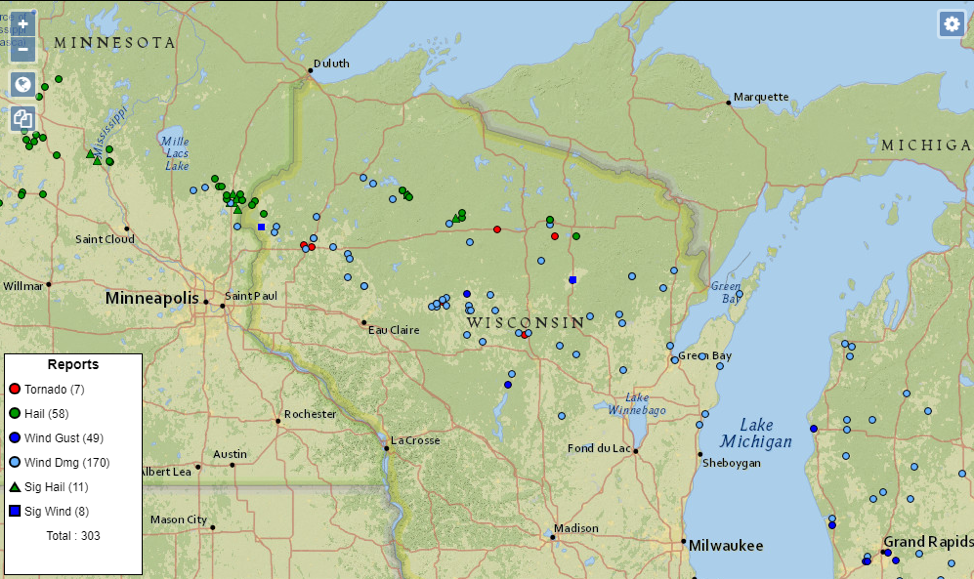 As the storm set up late afternoon and rolled across portions of Minnesota and Wisconsin, a severe thunderstorm warning was issued for most of central and northeast Wisconsin. Here’s the timeline of the storm. 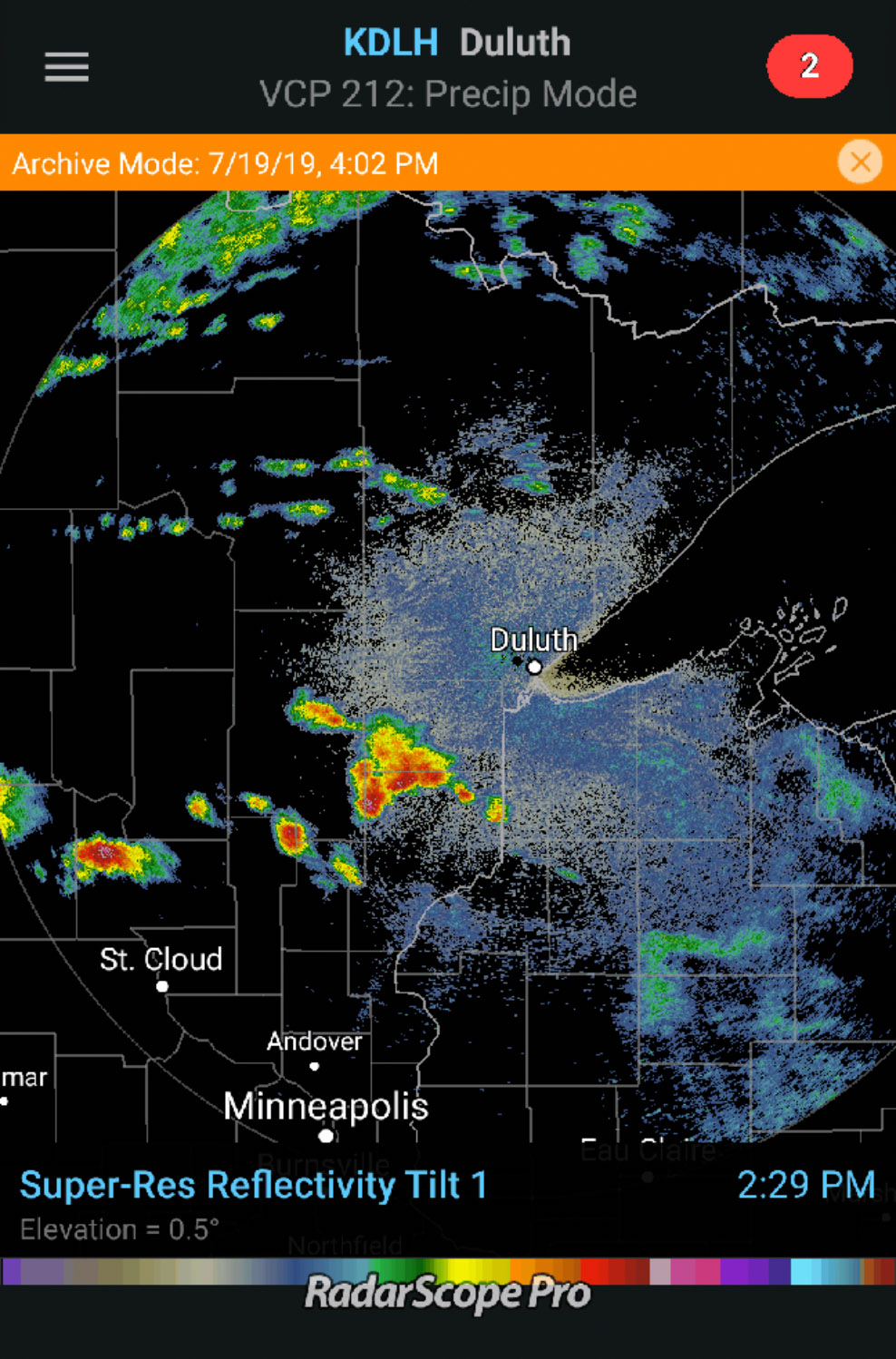 6:01PM CDT: Storms have grown and largely crossed into Wisconsin. 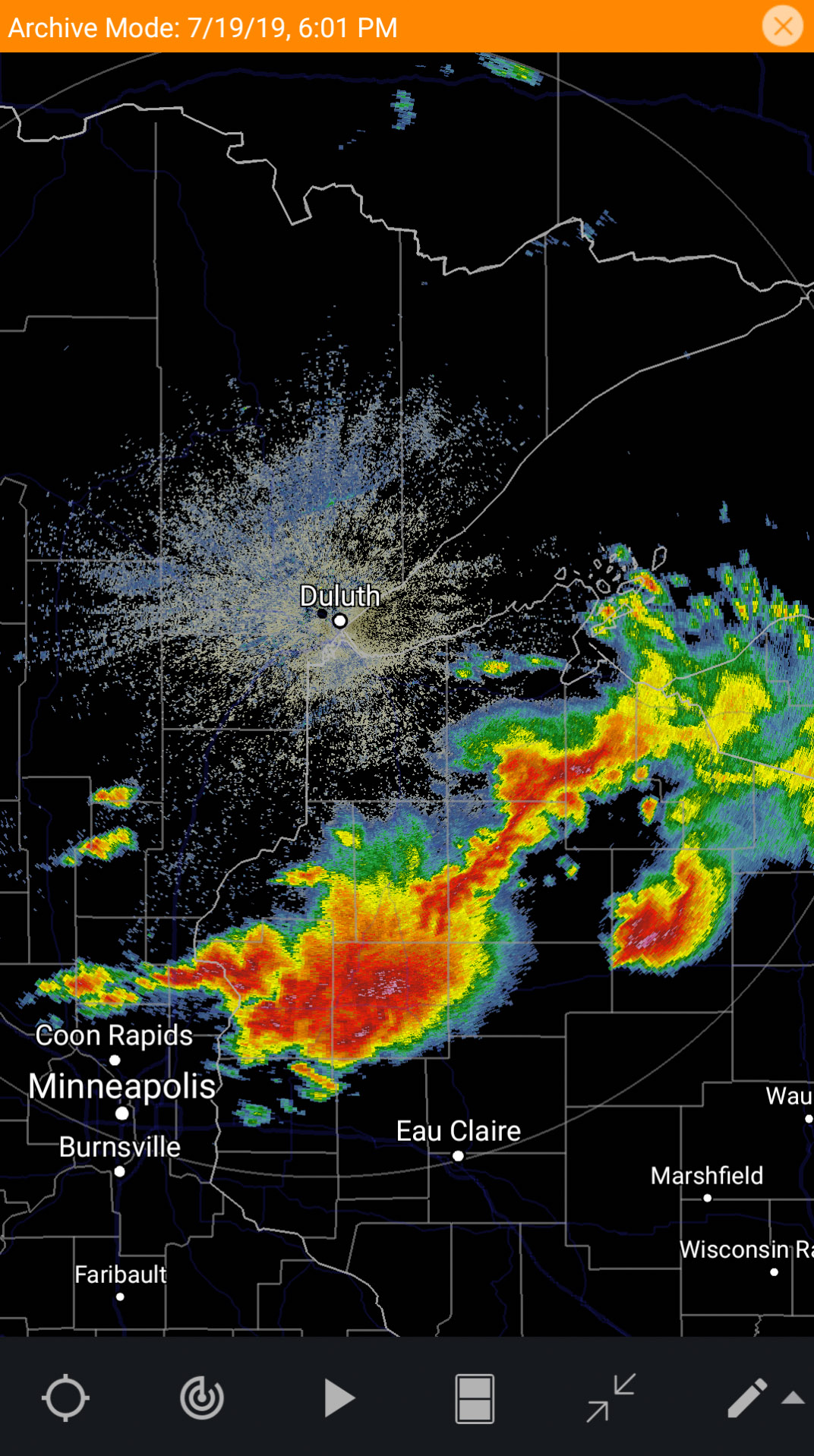 8:33PM CDT: Wausau and Stevens Point are on the leading edge of the storm and experience significant damage. 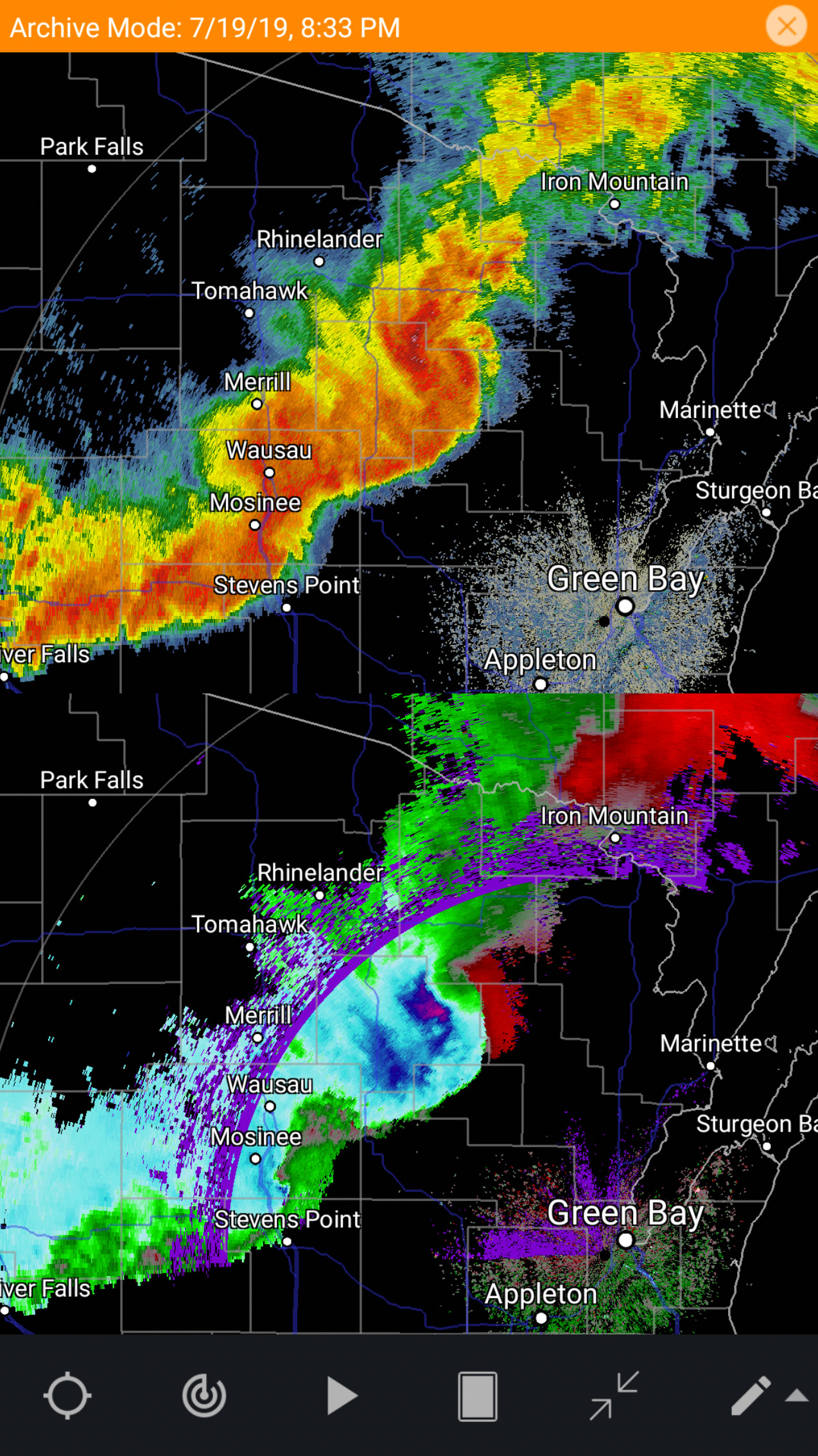 10:27pm CDT: Starting to fade in intensity as it buzzed through Green Bay and across Lake Michigan. 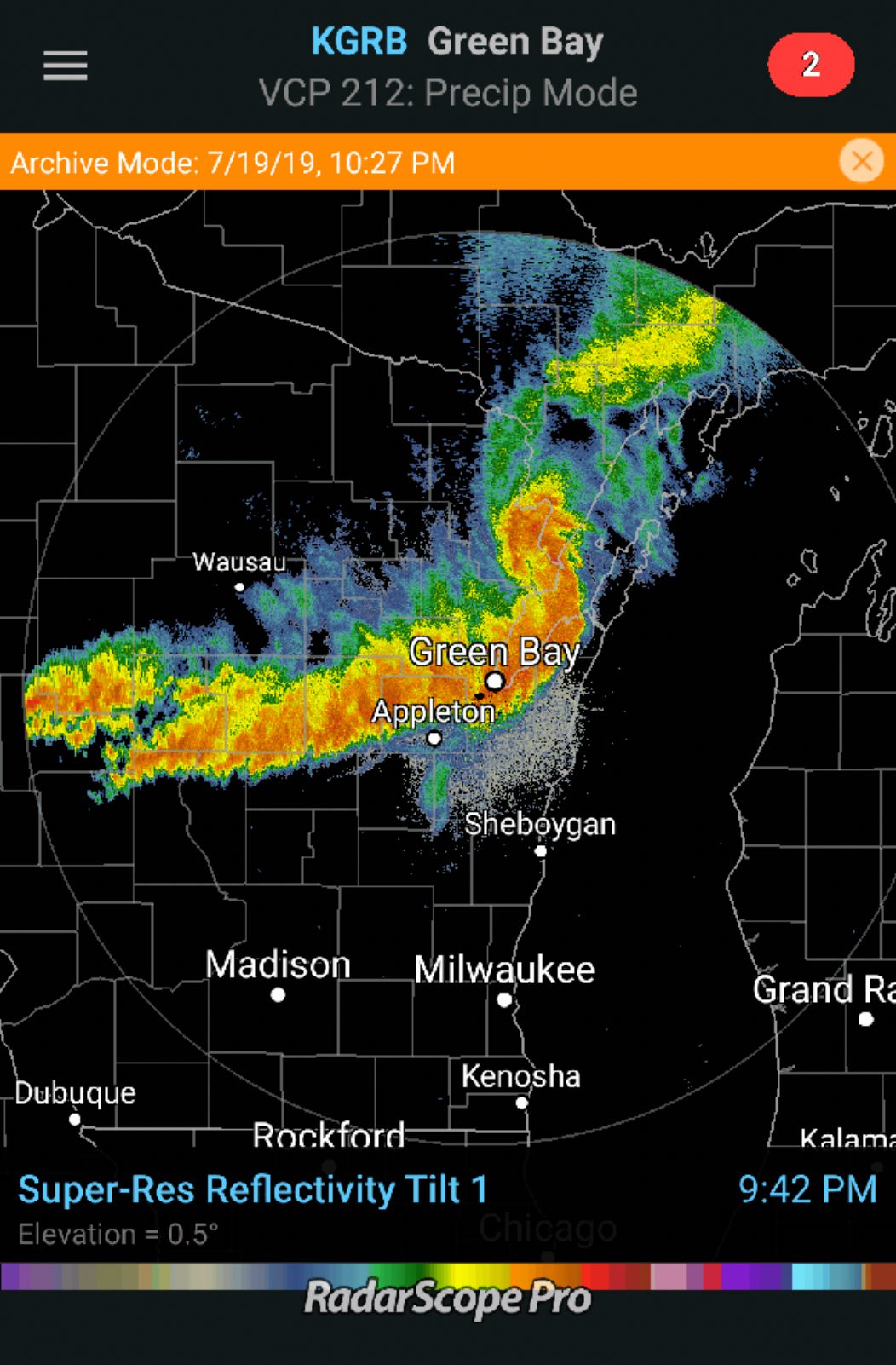 Once the storm hit, residents witnessed wind gusts near 90 mph as the storm, particularly in Wisconsin. The storm caused extensive damage including causing power outages, down trees and flash flooding. Clean up continues in the area. 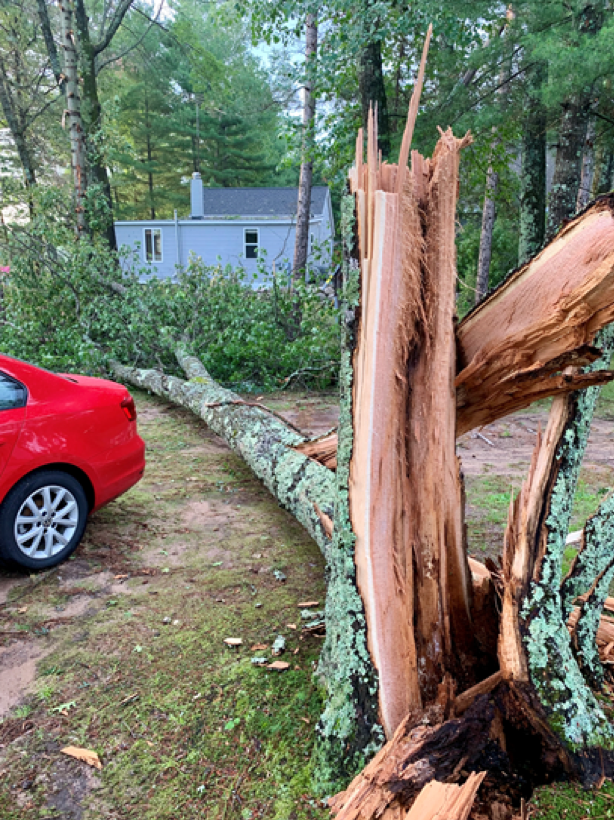 Significant damage was seen near Mountain, WI where radial velocities indicated winds around 100 mph at the intersection of WI-94 and WI-32. 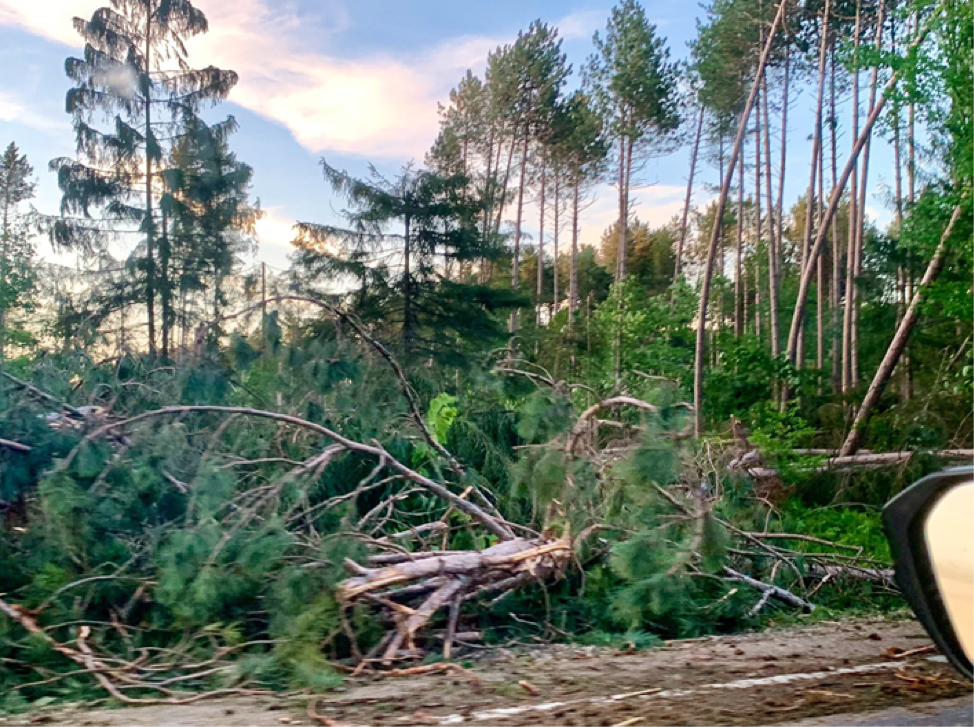 As of July 22, no storm-related fatalities have been confirmed. Power outages affected more than 150,000 across the state but are being restored quickly.

PREVIOUS POSTRadarScope Now Available with Australia Radars
NEXT POSTWhat is mPING and Why is it Filling My App?