On Sunday, March 3, 2019, the Southeast experienced a deadly and damaging tornado outbreak. Tornadoes were reported in Alabama, Georgia, Florida, and South Carolina. In one day and one storm, tornado fatalities exceeded all in 2018. 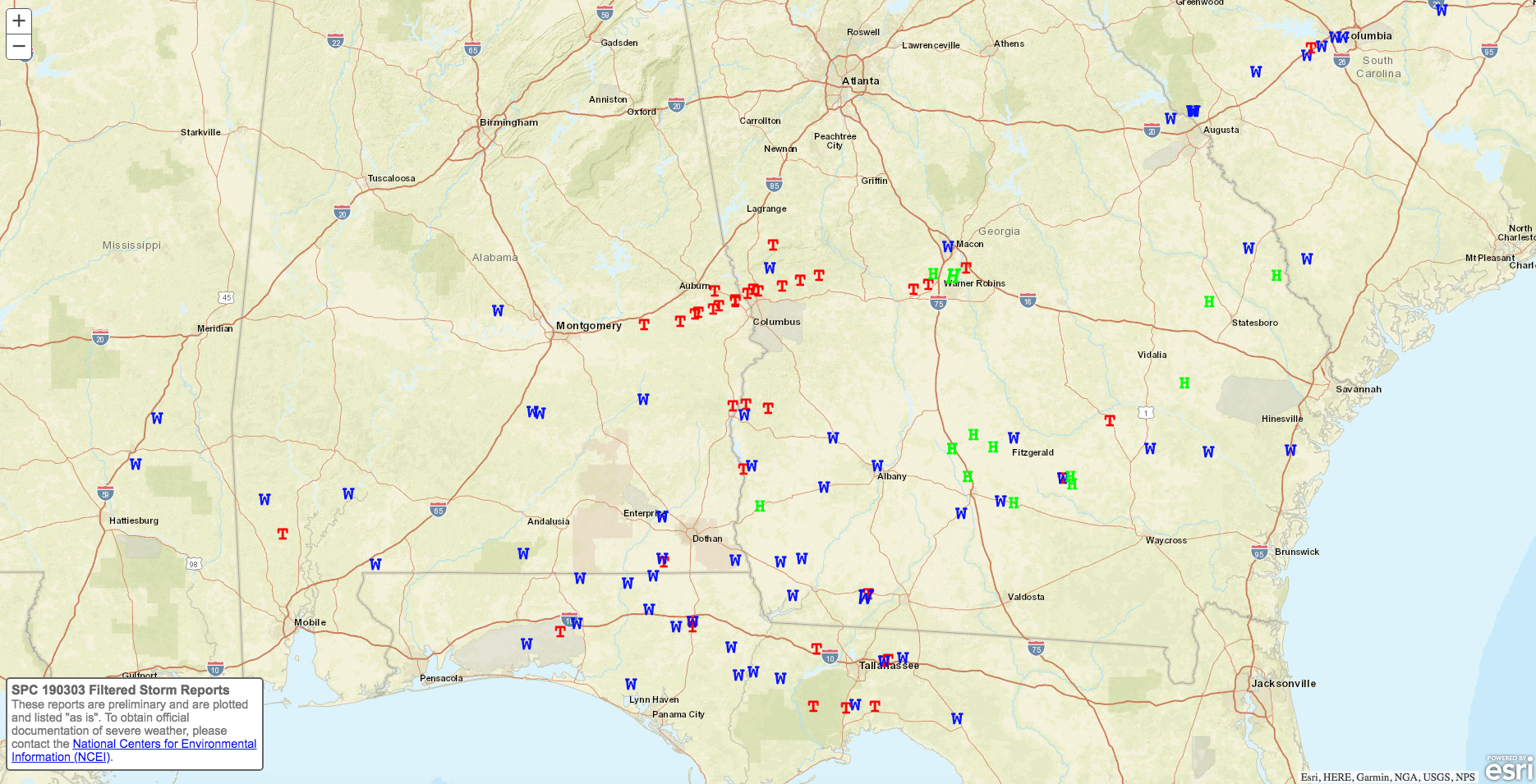 Tornado warnings started being issued just after noon CST with the first coming in Florida. The first confirmed tornado of the day was reported near Chatom, Alabama at 1:00 PM CST.  The storm system continued to create supercells, many with rain-wrapped tornadoes, for the next seven hours. The above image shows tornado (T), wind (W), and hail (H) reports from March 3, 2019.

At 2:09 PM CST, the NOAA National Weather Service issued a Tornado Emergency for a confirmed large and destructive tornado that was located near Griffen Mill, or 11 miles southeast of Auburn, moving east at 60 mph. RadarScope shows this storm as it tracked from near Pike Road, Alabama across the border to Waverly Hall, Georgia. Shear markers also show where rotation in the storm was recorded.

It was this storm that caused over 20 fatalities in Lee County, Alabama. This is more than all the tornado deaths reported in 2018, and also exceeds the previously most deadly Moore, Oklahoma tornado of May 20, 2013. The damage rating is currently EF-4. The tornado was on the ground for at least 24 miles and was up to a mile wide.

Less than an hour later, a second confirmed tornado moved through precisely the same area. Situations like this make it hard for not only first responders trying to help people in need, but also for those whose homes have been damaged or destroyed and are trying to make sense of what is going on. 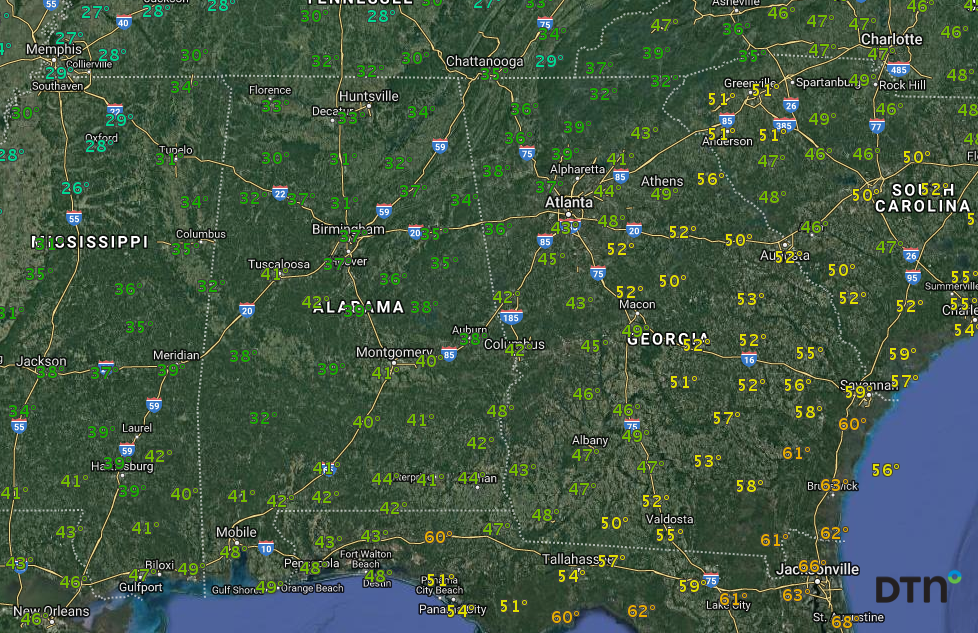 And as often happens with a storm system like this, a cold front swept through the state yesterday. Mid-day temperatures remain in the 30s, and overnight temperatures will drop into the 20s. Light snow was even reported in some of the damaged areas. This weather is just another hindrance to those first responders and residents of Lee County, and other tornado hit locations.