May Tornadoes Strike Texas and Oklahoma

Yesterday was May 20th, the 6th anniversary of the last deadly Moore, Oklahoma tornado. A forecast showing the possibility of tornadoes of similar intensity drove many schools and businesses to close for the day. In the early afternoon, storms began to form and quickly rotate. Further south in Texas, residents saw tornadic storms develop and move in multiple times. The severe threat eventually transitioned from tornadoes to flooding. 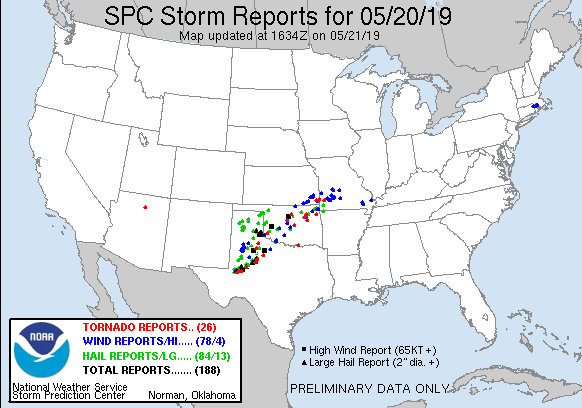 The preliminary storm reports from the NOAA Storm Prediction Center show 26 tornadoes, 78 reports of severe winds, and 84 of hail. They spread from West Texas, across Oklahoma, and into southwest Missouri.

One of the most photographed tornadoes was in southwest Oklahoma. A tornado struck the town of Mangum. Rotation and a hook can be seen forming near Gould and moving northeast at 34 mph.

WATCH: A huge tornado crosses East County Road in Mangum, Oklahoma, destroying a house and lofting up a black cloud of debris. Severe storms and heavy rains took aim at the Southern Plains Monday, where ~5.5 million people were likely to be affected. https://t.co/PeiJ0lM1W5 pic.twitter.com/kqVzU5OPe8

This video gives a good view of the size and shape of the tornado. Due to cloud cover, the tornado was hard to see until you were fairly close. It ground through plowed fields, took out power lines, and caused damage to a few homes.

Drone footage shows the path of the tornado along with a debris field. The two-story home near the end of the clip was 112 years old, and reports say it was shifted off its foundation. The occupants rode the storm out in their laundry room and were uninjured.

There were multiple confirmed tornado reports in Texas. Not all were what could be called “classic” structure. When viewing just the reflectivity image, there are numerous hook-like appendages. It is the view of the velocity data the confirms rotation in the storm, and in this case, two different areas can be seen approaching and then passing by Spur, Texas. Reports of a large and dangerous tornado in the warning text. 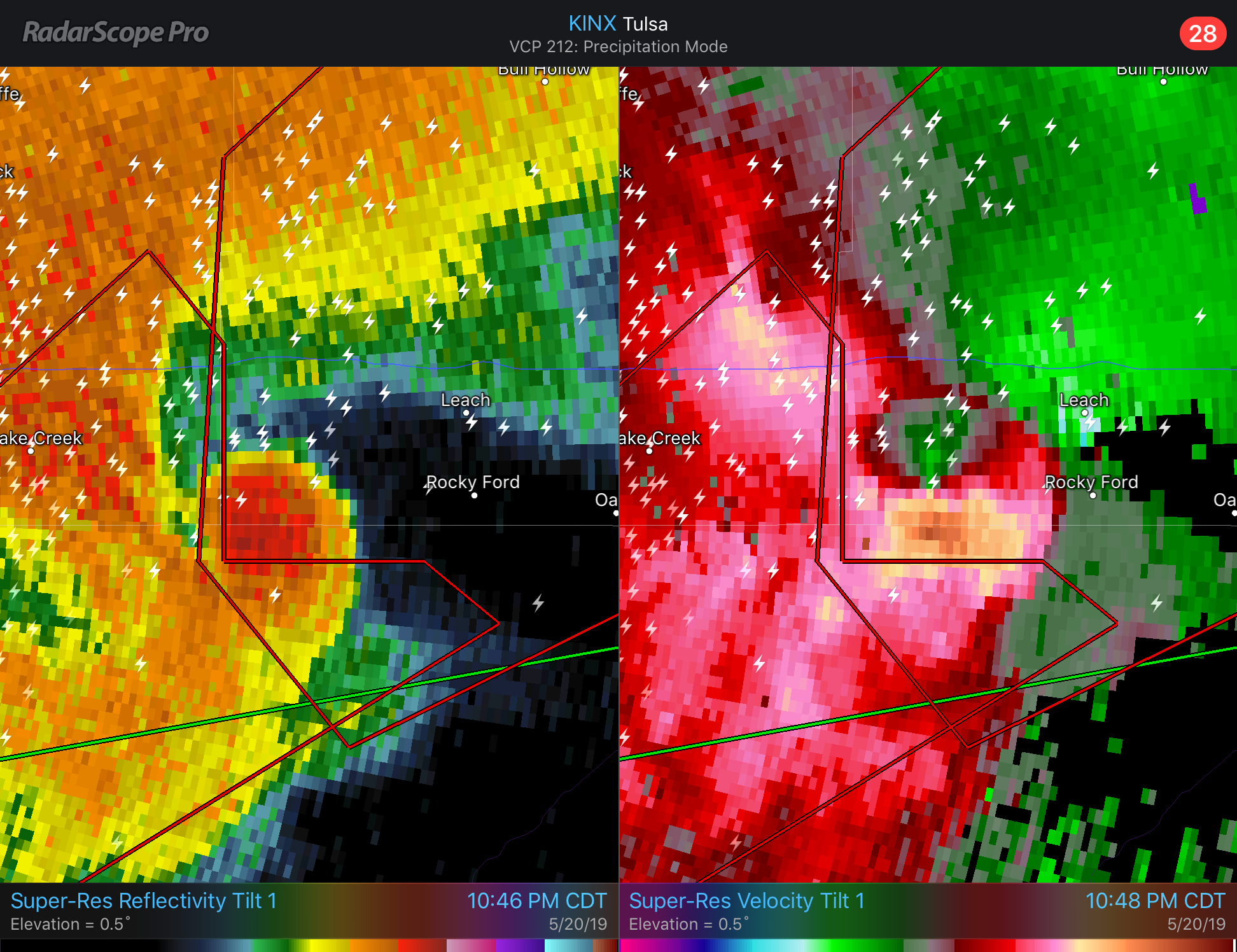 On the other hand, some of yesterday’s radar images were extremely classic. Here you can see a large hook echo on reflectivity and the associated velocity couplet. Damage was reported in Leach, Oklahoma, but luckily emergency management from the area indicates that it was not widespread.

Damage surveys will be occurring today in all locations where tornadoes were reported. Until they are complete, we will not have the official EF scale ratings for any of these. Needless, they were destructive to many and an excellent reminder to be prepared next time tornadoes are in the forecast.