A Radar View of Wind Turbines

While RadarScope is mainly used to view meteorological echoes, from time to time, there can be some interesting non-meteorological echoes. Wind turbines are usually placed together in groups rather than just a single turbine. These wind farms have some well-defined radar characteristics. Let’s investigate what they look like using reflectivity, correlation coefficient, base velocity, and spectrum width.

When the blades of a wind turbine rotate, some of the energy from the emitted radar signal is reflected back to the radar and displayed as an echo. The high reflectivity values in some of the echos indicate the amount of energy reflected back to the radar from the moving turbine. The image below is an example of a reflectivity image of wind turbines located near Enid, Oklahoma. 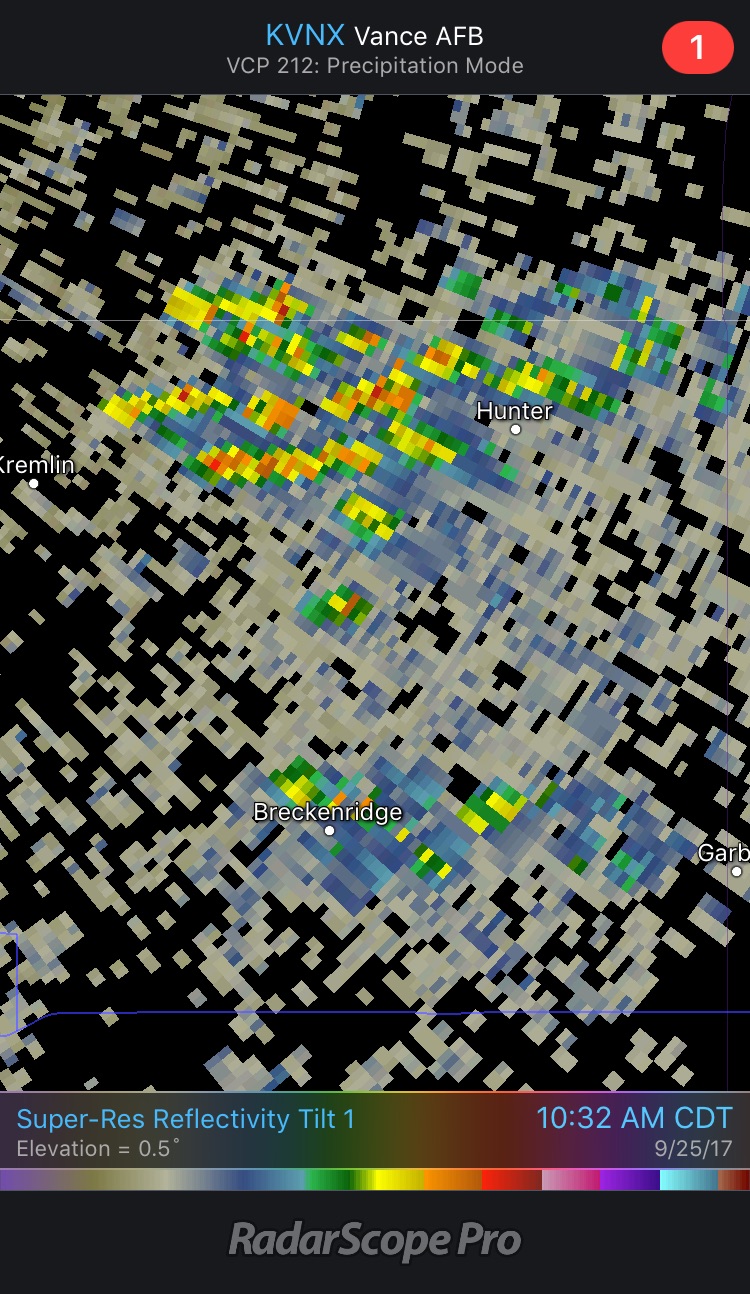 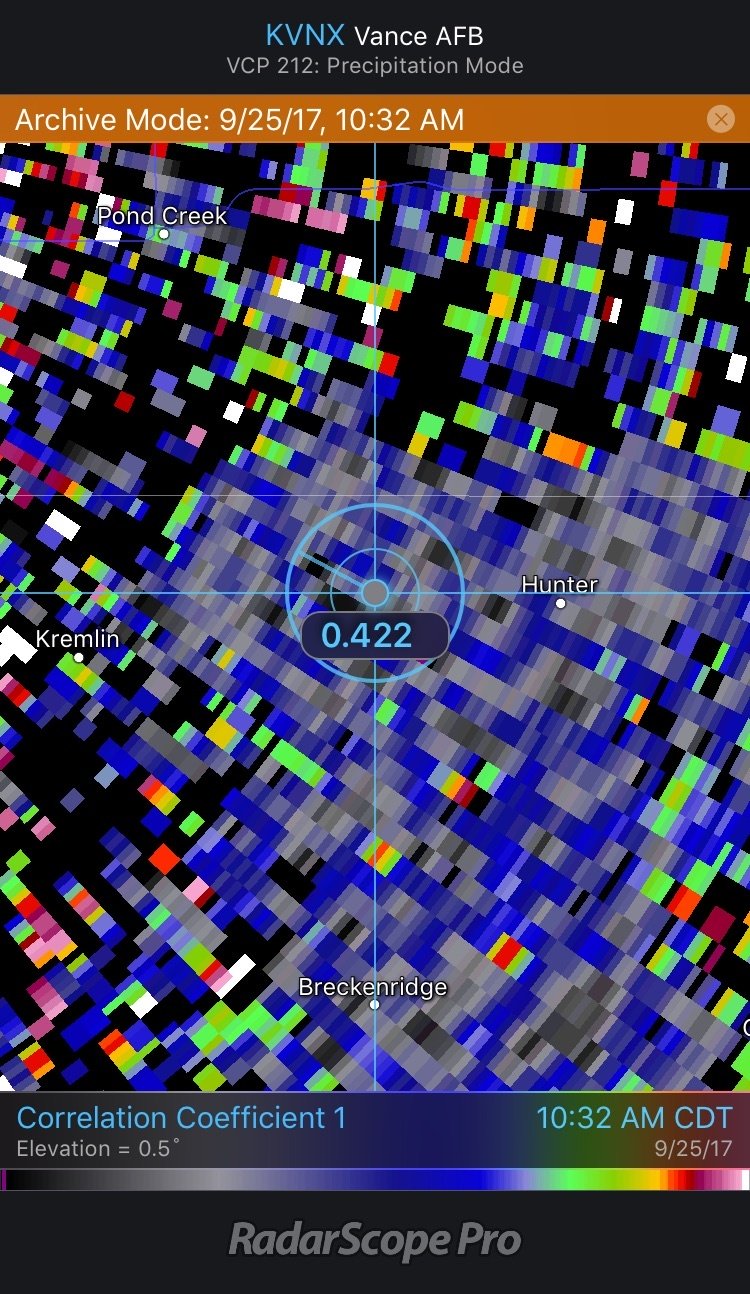 Radars employ algorithms that filter out targets that are not moving, such as trees or skyscrapers. While turbines themselves are stationary, the blades are not. As a result, the turning of the blades results in the signal being interpreted by the radar as weather. Where turbines are located, there will often be motions away from the radar intertwined with motions toward the radar.

Normally, Spectrum Width values are usually very low (typically around 5 mph on average) and very smooth. Near the turbines, Spectrum Width varies greatly. Values can be high due to the large variation in velocity near the blades; velocities are near zero toward the center whereas velocities can approach 100 mph near the tips of the blades. Below is a look at the base velocity and spectrum width products. The very messy data here is another clue that these are not meteorological signals.