Normally when you hear that there is a drought in Oklahoma, you think of a lack of water, and the vegetation turning brown as it swelters in triple-digit heat. However, there has been a tornado drought in 2018. For a state that averages 62 tornadoes per year, the official numbers through mid-August bring the count to only 23. Needless to say, it’s been a slow one for tornado chasers in Oklahoma this year.

The count should increase from tornadoes spotted on August 19, 2018, to the east of Tulsa. It is unknown at this time how many there were, but a National Weather Service team will be out in the field surveying damage to make that final decision. August tornadoes are not completely uncommon. We average right around one when looking back at data. 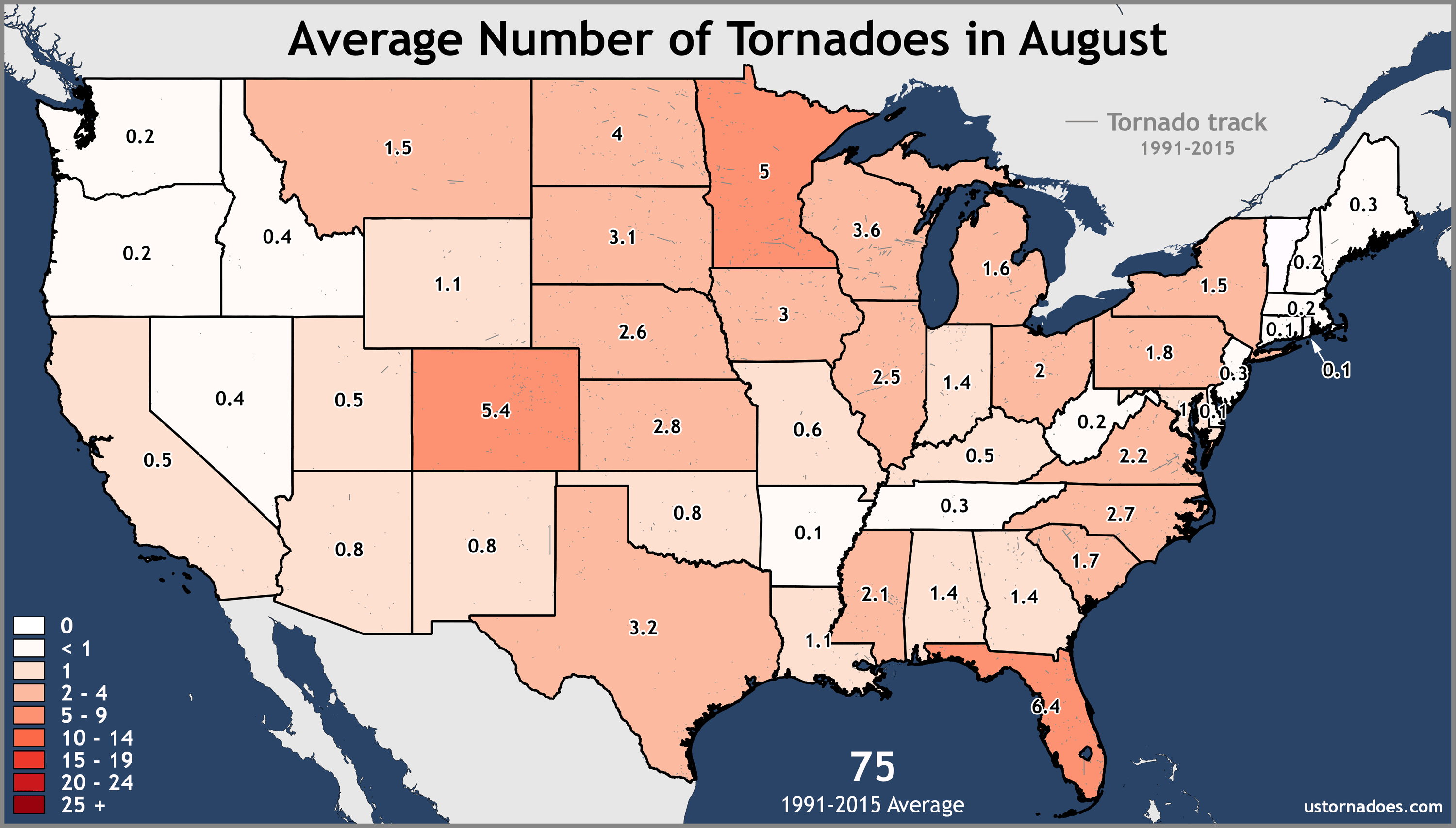 While there may have been more than one twister in Oklahoma yesterday, I am going to focus on this one that was reported southwest of Mazie. Numerous photos were taken and video show it destroying farm buildings, trees, and fences.

If this turns out to be factual it is THE most well defined tornado of 2018 in this state. pic.twitter.com/IXaVqJUvKr

Looking back at a loop of reflectivity on RadarScope, you may not think much of these storms. They look like run-of-the-mill summer thunderstorms in many regards. But take a closer look and you will notice what look like hooks pass west of Chouteau and another less defined one southwest of Mazie. Now, take a look at the associated velocity data and you can spot tornado vortex signatures (TVS) with each. They may not last long, but they are there.

And here is another view of it from the Tulsa TDWR.

The TVS for this tornado is more apparent when observing different tilts of the radar. Recall that as data are collected, the radar spins, increases in height, spins again, and does this a few more times before returning to the lowest tilt. Looking at all four tilts helps to better see the rotation couplet, especially when the storm is close to the radar site and within ground clutter.

When a storm is rotating, a mesocyclone is present. As the mesocyclone tightens up, a tornado can form. Viewing radar data, you will usually see the rotation start in the highest part of the storm and work its way down. You will also notice that this rotation is tilted, caused by wind shear. This is another common sign of a tornadic supercell and why it is important to view more than one tilt of data.

The rest of August looks to be fairly calm in the state, but that doesn’t mean you should let your guard down. Tornadoes have occurred in Oklahoma every month of the year. And as the saying goes, it takes only one to completely ruin your day.

PREVIOUS POSTHow to Identify Hail Spikes
NEXT POSTDo You Know What Tornado Debris Signatures Look Like?