On October 21, a tornado developed southwest of Oklahoma City, near Goldsby, causing damage to a casino. Both a NEXRAD radar and a Terminal Doppler Weather Radar (TDWR) in the area detected the storm, but there are some notable differences in the radar images from each.

While both the NEXRAD and TDWR are used for the detection of hazardous weather, there are some fundamental differences. The NEXRAD is a network of weather radars operated by the National Weather Service whereas the TDWRs are radars near airports operated by the FAA used to detect weather-related hazards to aircraft. One of the primary differences between these radars is the wavelength. The NEXRAD has a 10 cm wavelength, and the TDWR has a 5 cm wavelength. As the wavelength decreases, so does the range of the radar

Now that we’ve compared and contrasted the two radars, let’s look at how they observed the Goldsby storm. Let’s first take a look at the RadarScope Reflectivity and the Storm Relative Velocity from the NEXRAD radar, KTLX. An area of rotation was detected about 5 miles west of Goldsby. Six minutes later, a tornado was reported 3 miles north-northwest of this location (per SPC Storm Reports). 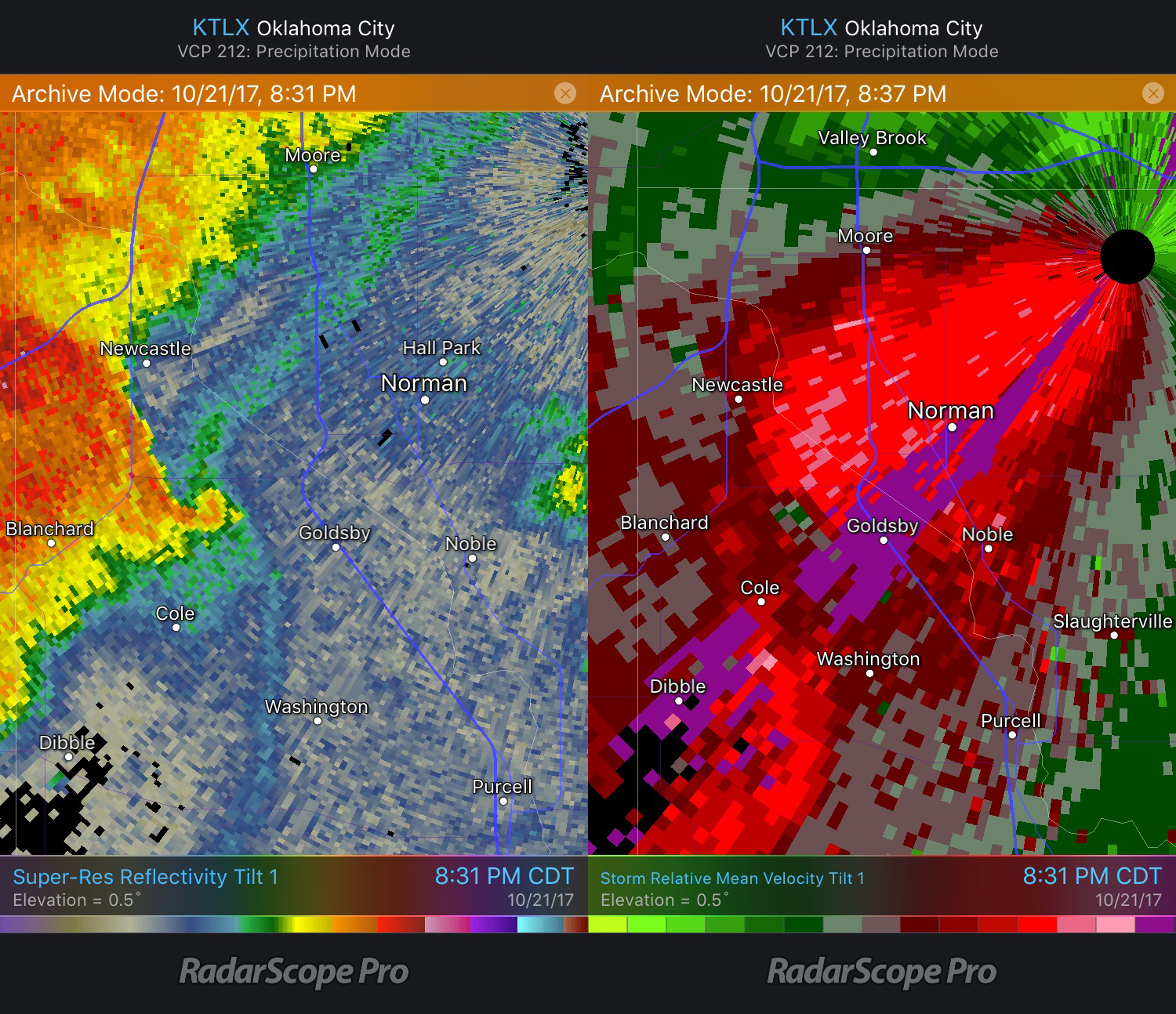 The same storm can be observed with Oklahoma City’s TDWR which also observes the area of rotation west-northwest of Goldsby. The base velocity is more pronounced and the velocities are slightly higher. The higher velocities are because the storm motion is not subtracted out as it is for Storm Relative Velocity. 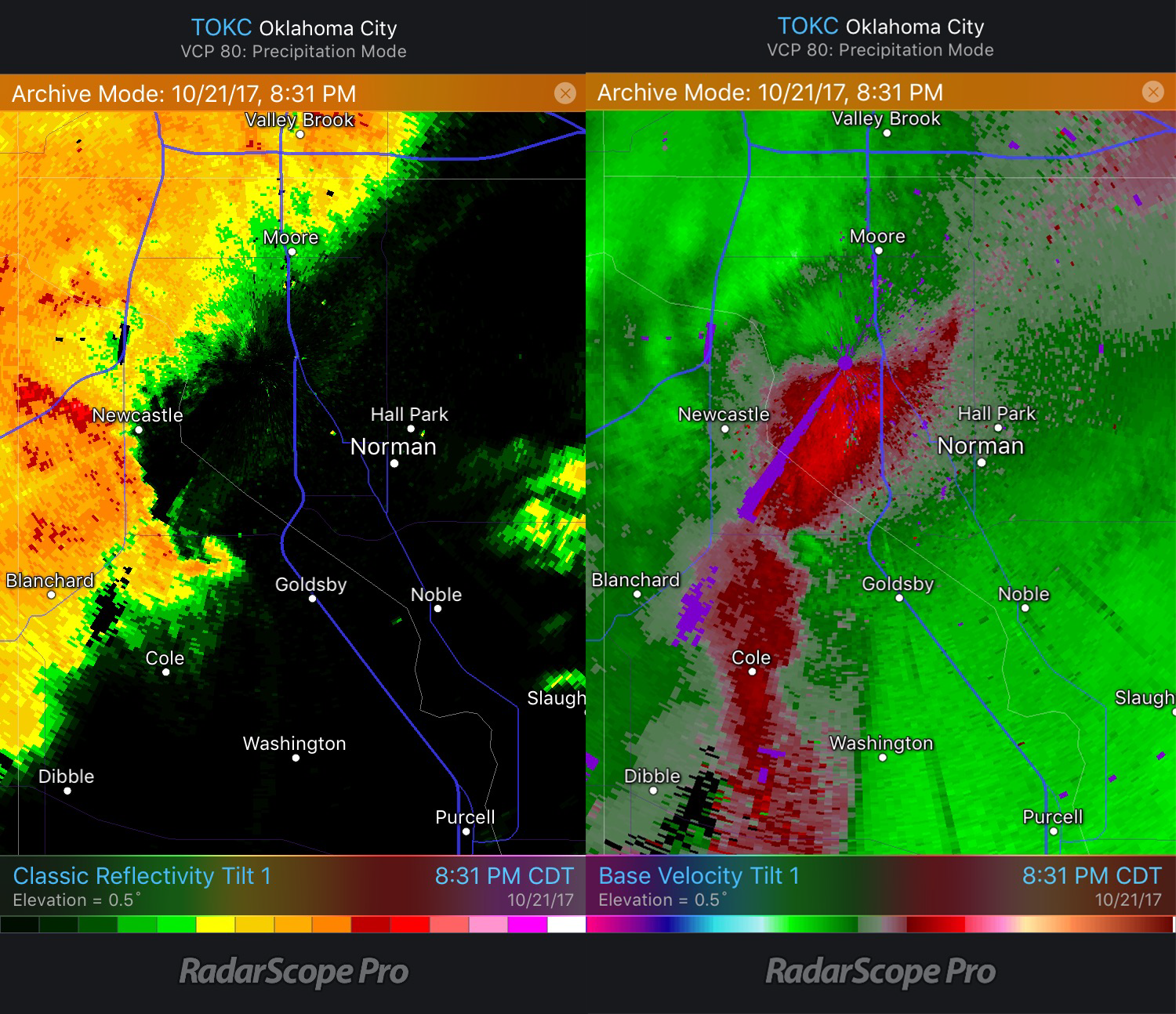 The NEXRAD and TDWR each have their advantages and disadvantages. TDWRs have increased resolution, which is nearly double that of the NEXRAD within 84 miles of the radar. This allows smaller features (such as tornadoes) closer to the radar to be displayed more clearly than from a NEXRAD radar.  On the other hand, the shorter wavelength is more prone to attenuation, especially in areas of heavy rain. This means that as the beam travels through the heavy rain, it weakens and as a result, features beyond the heavy rain may not be shown by the shorter wavelength radar. Knowing the strengths and limitations of both radars can help you decide which RadarScope data to use. Using them together can often provide a better view of what is being observed.