Radar can be an essential tool in identifying potential weather hazards. One particular danger that can pose risks to property, and especially aviation, is a microburst.

As thunderstorms collapse, the air in the top of the storm is forced downward toward the surface. When the air reaches the surface, the air spreads out, causing damage to structures in its path. If the air beneath the top of the thunderstorm is dry, it becomes denser than the surrounding air as precipitation falls and evaporates, causing it to accelerate to the ground. I

Watch a small microburst curl develop near the rain foot on the right side of the precipitation shaft. 😮 I know you like these @jamesaydelott pic.twitter.com/2MtGUP7FQQ

Let’s look at a RadarScope loop of the storm that produced the microburst shown above.

Microbursts can be identified by locating areas of convergence above the ground. When air converges above the ground, the air below will sink. Convergence can be detected on velocity products by looking for velocities from different directions that slow as they approach each other. To understand the concept of convergence, imagine three cars driving in a straight line with one behind the other. If each vehicle is going precisely the same speed and all are equally spaced, they won’t crash into each other. However, if the leading car suddenly reduces its rate, the cars behind the first car will smash into it and therefore converge.

The velocity products can provide some clues as to whether the storm is producing a microburst. A higher tilt was used in the velocity image than in the reflectivity image to show the convergence above the ground. The convergence is circled in white. Notice the higher velocities (green) approaching the radar and lower ones (red) moving away. 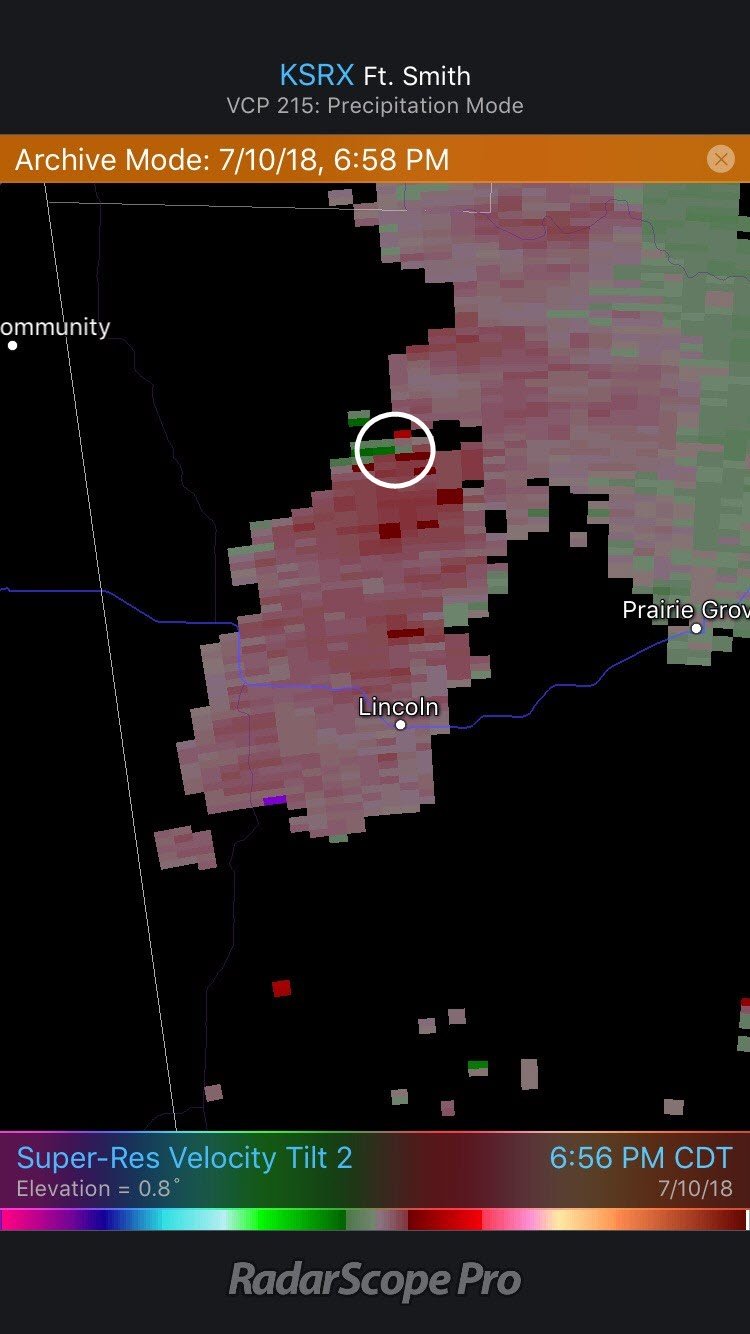 The convergence is approximately 5,000 feet above the ground. The presence of convergence at this height indicates that the air below that height is rushing toward the earth.

Microbursts can occur quickly, however, radar data may be able to provide clues that signal one is about to occur. Recognizing these features discussed in this article can help you anticipate potential hazards.

PREVIOUS POSTRadarScope for Windows Progress Report
NEXT POSTHave You Heard of a Mesoscale Convective Vortex?