Observing Insects in a Boundary

Severe thunderstorms developed across portions of western Kansas and eastern Colorado on Friday, July 27, 2018. In the midst of these thunderstorms, a persistent line developed, extending from northeast of Stratton, Colorado to southeast of Goodland, Kansas.

Dual-polarization products can help determine what the radar might be observing. The loop below shows a very thin line of reflectivity that persisted with this storm for hours.

Looking at the Correlation Coefficient in the area of the line observed in the reflectivity loop, we can see that values are low (less than 0.8), indicating that these echoes are, in fact, not meteorological. Given the relatively low values of reflectivity and correlation coefficient in this boundary, the radar could be observing insects, but let’s check additional data first.

Next we look at the velocity of these echoes. Red shades in the image below indicate echoes are moving away from the radar whereas green shades indicate those that are moving toward it. 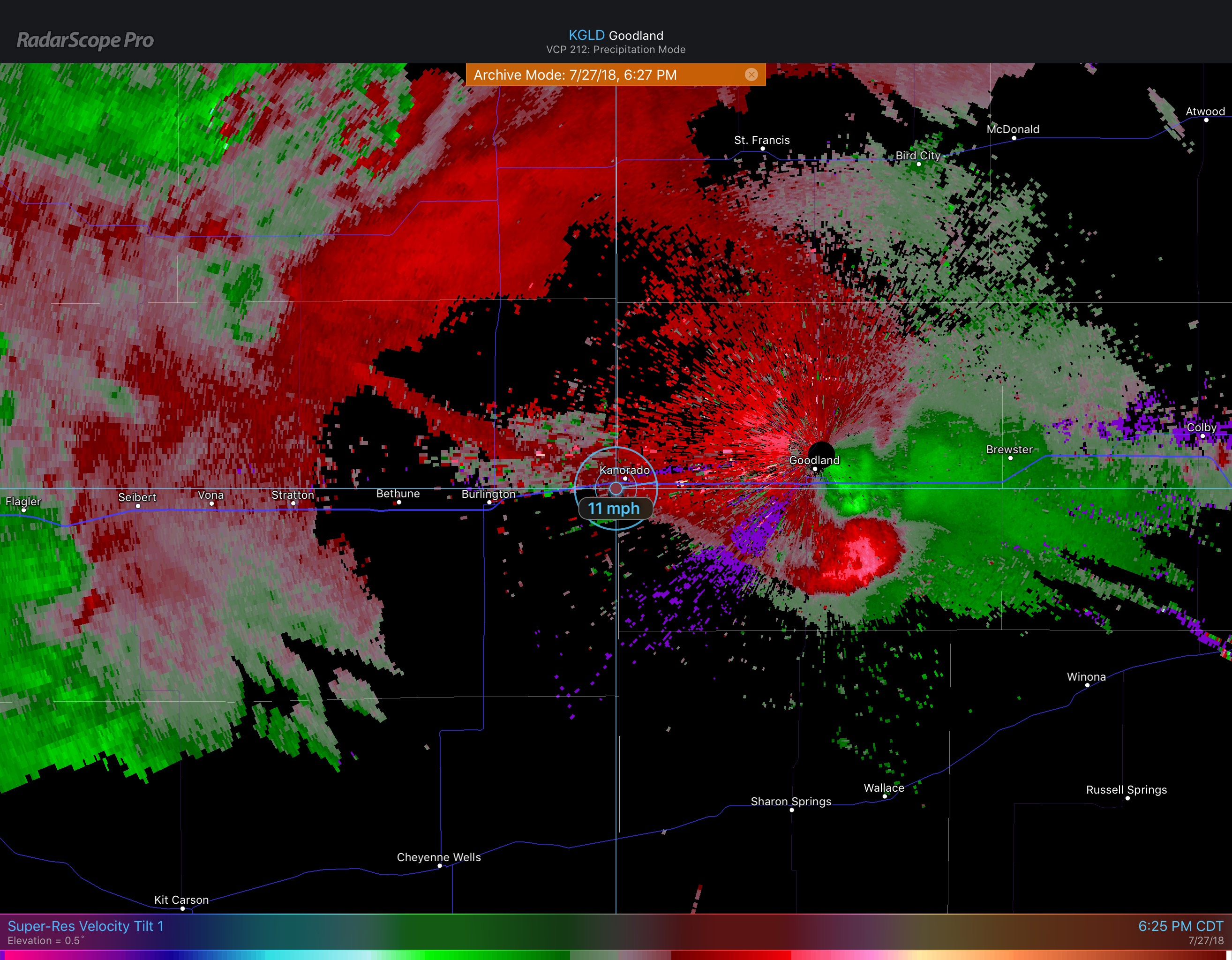 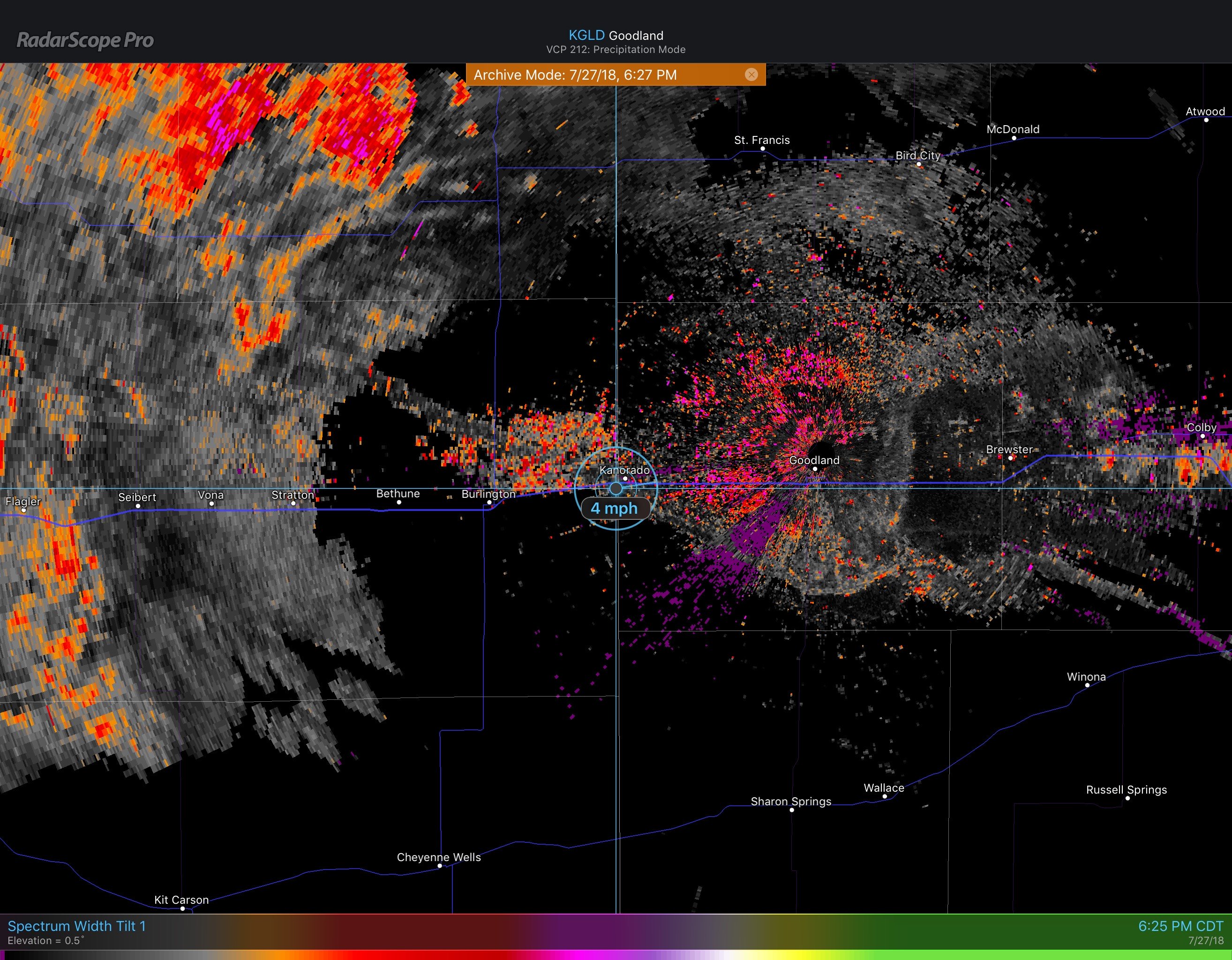 While weather radar is most often used to observe meteorological phenomena, non-meteorological echoes can also be viewed. By using dual-polarized data, users can be more confident about what they see on RadarScope.

PREVIOUS POSTHave You Heard of a Mesoscale Convective Vortex?
NEXT POSTFrom Outlooks to Warnings, v3.8 Has it All