If you have downloaded the new iOS 11, you may have issues posting RadarScope images straight from the app to Twitter. Here’s what is going on and how to remedy the situation.

Neither the share extension in iOS or the one in the Twitter app support posting animated GIFs, so we have relied on additional APIs in iOS to do that. Apple also removed those APIs in iOS 11. We implemented a workaround for this last month that requires authenticating to Twitter in order to post an animated GIF. It requires an extra step the first time you post one, and it requires that customers trust RadarScope to access to their Twitter account directly.

We thought that would be the extent of the Twitter issues with iOS 11. We were wrong.

Last Tuesday, Twitter released version 7.7 of their iOS app. There appears to be a bug in the share extension in this update that prevents posting images. We’ve reached out to Twitter via their developer forum about it. We haven’t received a response from them. But multiple third-party developers have confirmed that they’re seeing the same bug. 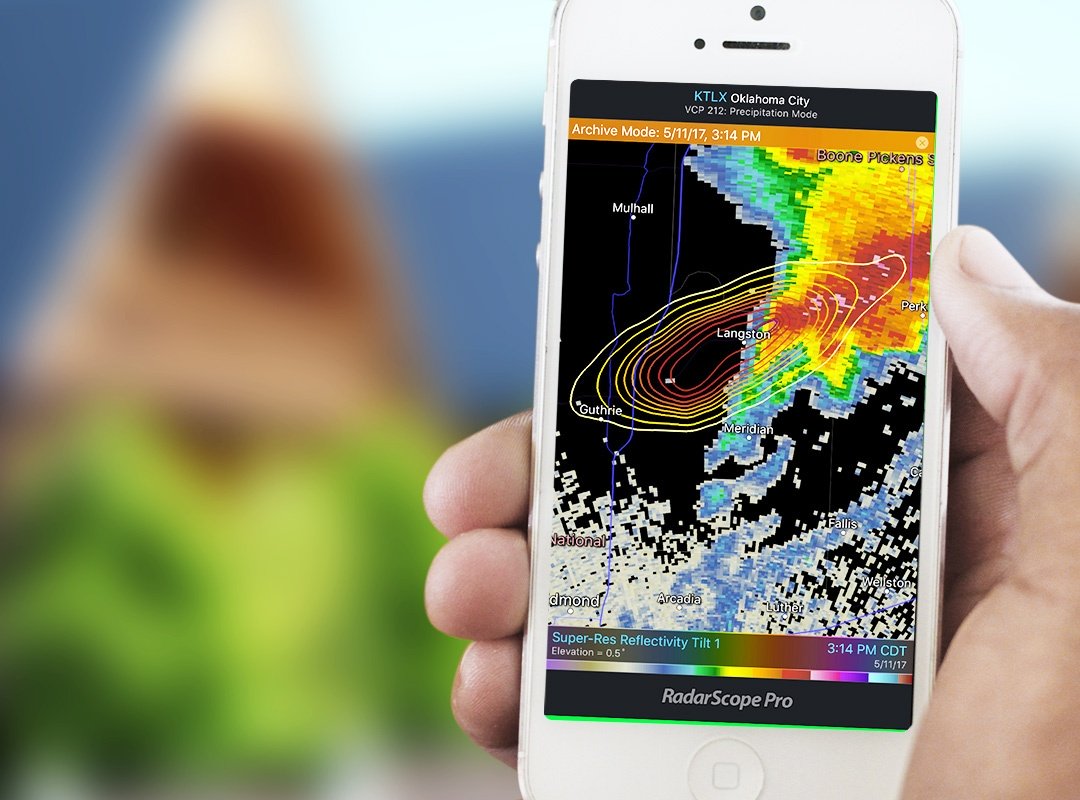 What does this mean for RadarScope and iOS 11?

Here’s how it breaks out:

– Animated GIFs should work fine with the workaround we already implemented and released in version 3.5.1.

– If you don’t have the Twitter app installed, iOS 11 falls back to the system’s share extension, and posting still images from RadarScope works fine.

As a workaround, you can always save a screen shot to the Photos app, then switch to your preferred Twitter app and post from there. We will keep trying to resolve this issue with Twitter and do everything we can to fix it as soon as possible.

PREVIOUS POSTA Radar View of the Montana Wildfires
NEXT POSTWhat Is a Radome and What Do They Do?