Do You Know What Tornado Debris Signatures Look Like?

Are you comfortable with looking at RadarScope data and finding hook echoes and areas of rotation? If so, the next step is to learn how to use dual-polarization products to look for debris being lofted by a tornado. Let’s take a look at how to pick out a Tornado Debris Signature (TDS).

As a tornado lofts debris above the ground, it can create a signature in differential reflectivity and correlation coefficient data. First, take a look at reflectivity and Storm Relative Velocity data of a supercell that produced a tornado in Marshalltown, Iowa. It’s relatively easy to see the hook here and the associated rotation couplet. 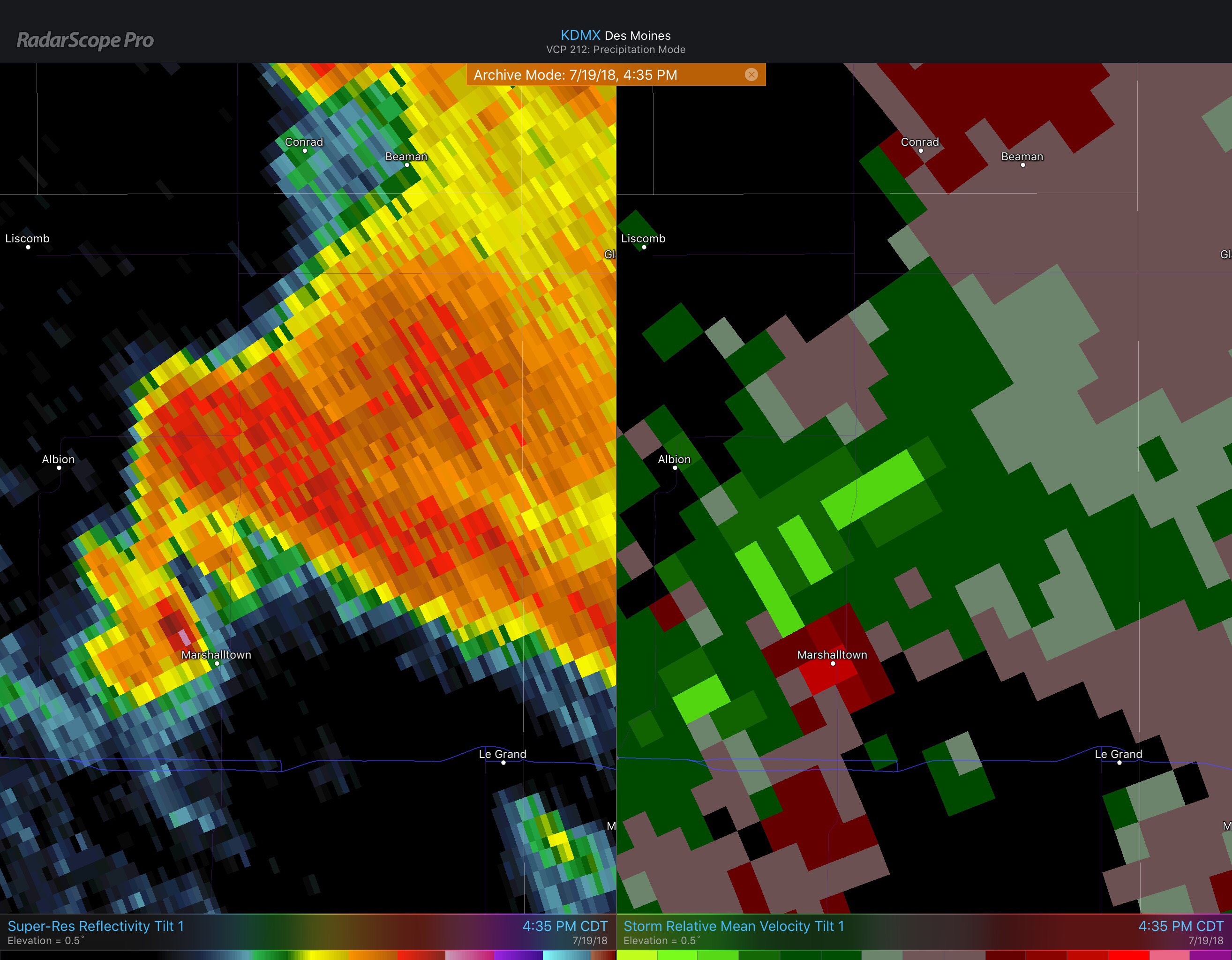 A debris signature must be located near the hook echo of the supercell. These signatures generally have low differential reflectivity values. The low values (circled in green) are due to the random orientation of objects being lofted. 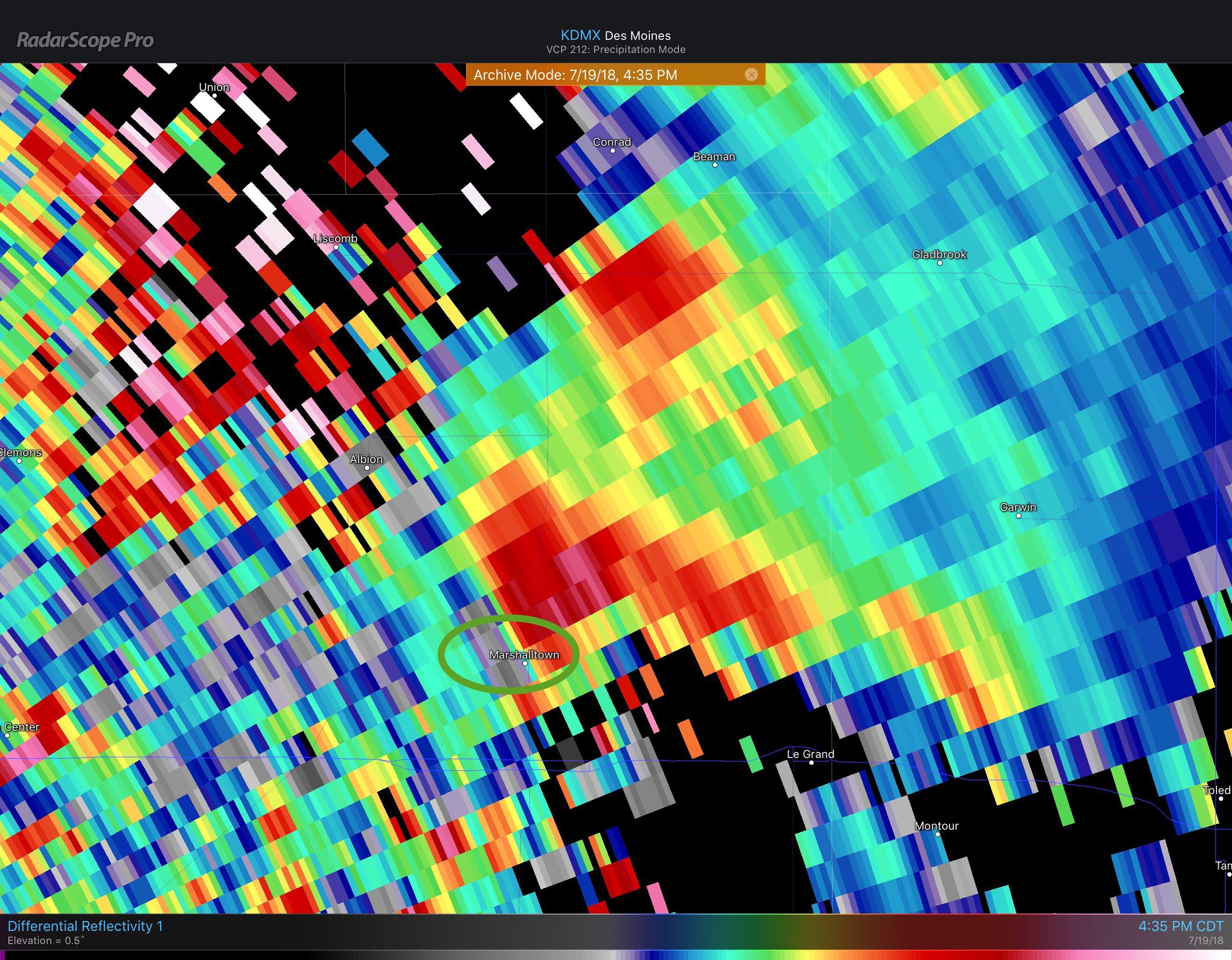 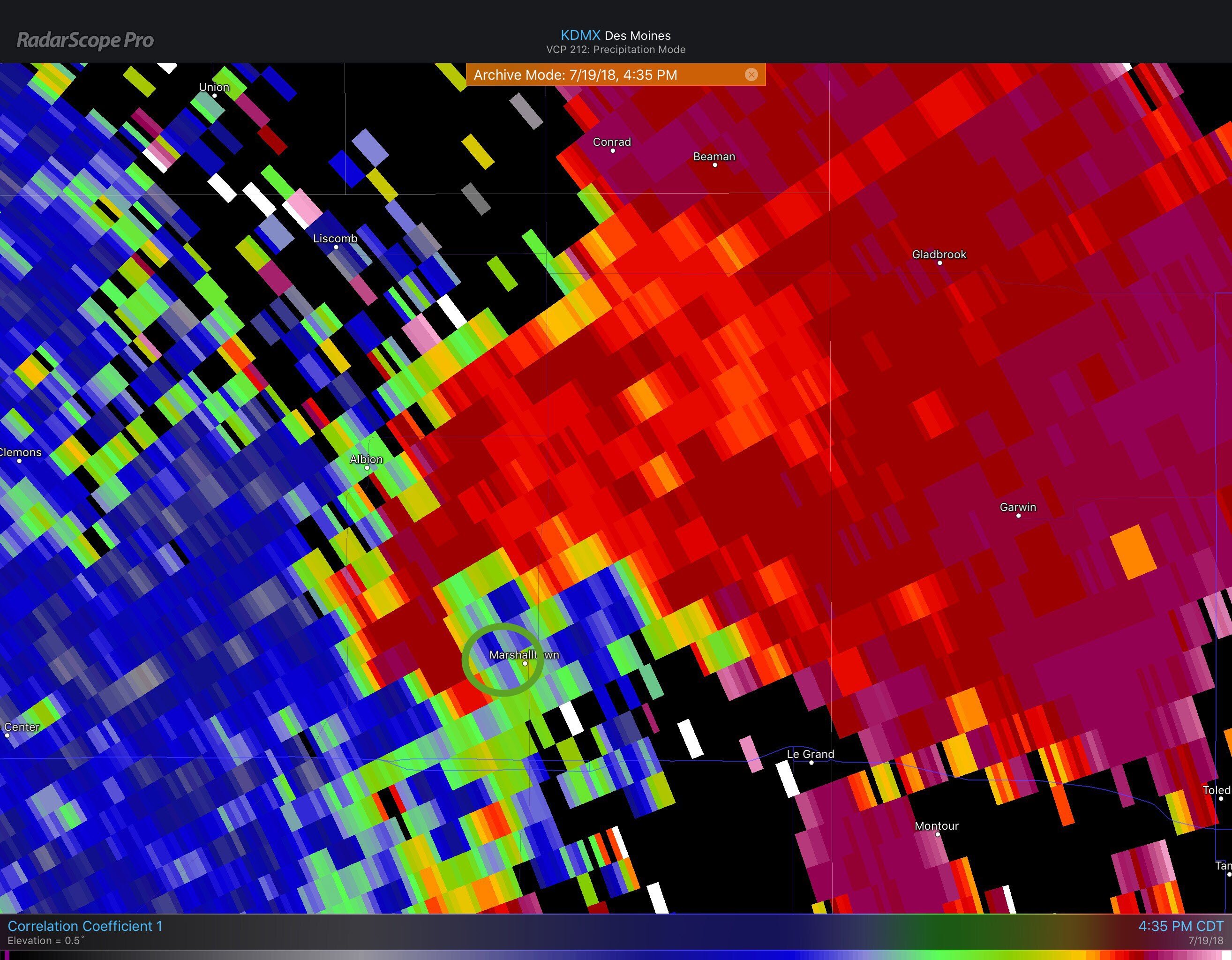 Comparing the correlation coefficient to the reflectivity and differential reflectivity images above, it is likely that the radar is observing debris being lofted by a tornado.

A TDS can provide an indication that a storm is causing damage, but there are some important limitations to keep in mind. For instance, a tornado could be occurring without lofting debris. In addition, it is possible that a tornado is occurring, but the debris is not being lofted high enough to be detected by radar.

Radar observations can provide insight into the processes occurring in a storm. Tornado Debris Signatures can serve as an indication of how a storm is affecting the area it is impacting.