A snow squall is a cycle of locally heavy snow for a short period of time, typically 30-60 minutes. Snow squalls are especially dangerous in that they are predicatively unpredictable. Meaning, meteorologists can forecast environments that are favorable for locally heavy snow in advance, but exactly where the heavier snow sets up can only be seen an hour or less in lead time.

NWS criteria for issuing a snow squall warning include visibility of less than one quarter of a mile, sub-freezing temperatures on the ground, expected duration of less than an hour, and dangerous or life-threatening conditions. 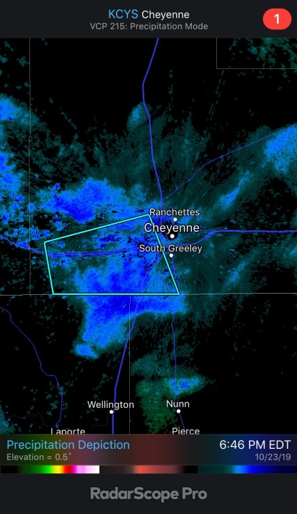 The frequency of snow squalls is highest across the Great Lakes, where bands of lake effect snow set up downstream of the lakes, spawning locally heavy snow. They also frequently occur across parts of the Ohio Valley and Mid-Atlantic as colder air from Canada assails warmer air from the south. The clashing of both air masses creates near unstable or convective columns in the atmosphere, enhancing the potential snow intensity.

Motorists are impacted the most in these locally heavy bouts of snow, as conditions can go from a few flurries to heavy snow rather quickly. Visibilities of less than 500 feet on interstate highways have been observed in recent years. Interstate speeds can go from 65 mph to a near standstill over a short distance. Accidents from snow squalls have commonly occurred, with notable ones happening on Interstate 80 in the eastern United States.

Initiatives such as snow squall warnings and Department of Transportation traffic banners are designed to help alleviate accidents in the future.

It does not take much snow accumulation to create slick roadways. NWS bureaus in Milwaukee and at the University of Wisconsin advise most accidents occur in lighter snowfalls. As an example, there are an average of 50,000 car crashes in Wisconsin each winter. Nearly 80 percent of those were in events of less than 2 inches.

There are several factors going into the high number of accidents, one being more events of a trace-to-2 inches than others. The more noteworthy reasons are more vehicles on the roads and motorists driving too fast for the conditions.

While wintry weather will always be a hazard, the snow squall alert gives an extra warning of changing road conditions. With RadarScope including the snow squall warning polygons within the app, it gives users a new medium to share and alert the public when one of these events occurs.

PREVIOUS POSTWhat is the RadarScope Shield and other commonly-used user terms?
NEXT POSTDTN Meteorologists Select their Favorite RadarScope Images of 2019