Three is a Magic Number

The long-awaited RadarScope 3.0 for Mac enters beta testing next week. In development since early summer, the update brings a fresh design and feature parity to the Mac app. Here’s a summary of what’s coming in Version 3.

Following quickly on the heels of its iOS counterpart, RadarScope for Mac has been rewritten in Swift, Apple’s new programming language. This gave us an opportunity to modernize RadarScope’s 8-year-old code base and share code more easily between the iOS and Mac versions. It also gave us an opportunity to revisit and refresh the Mac UI. The main window layout has been changed to accommodate multiple radar views.

The sidebar has been streamlined with a Layers view that more closely matches the one on iOS. Animation settings are still available at the bottom of the Layers sidebar. A few of the less commonly used settings have moved to the Settings tab in the Preferences window. 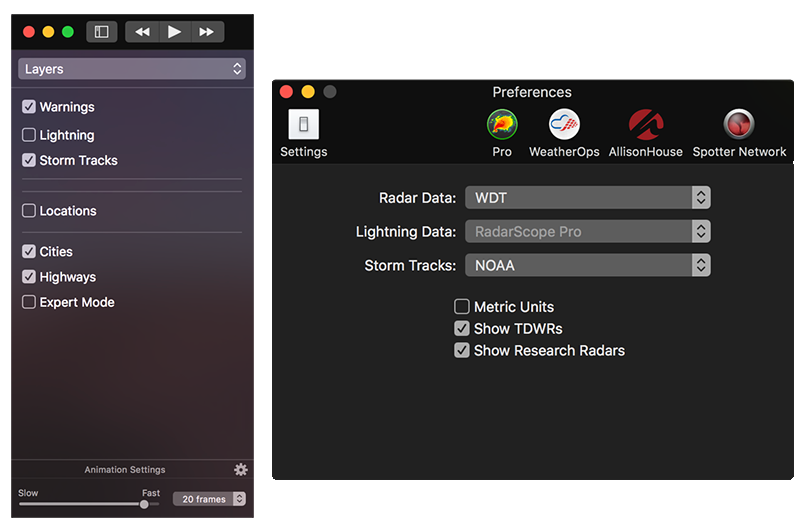 Animated GIF and video exports are a wildly popular feature on Android and iOS. Version 3 brings that capability to the Mac app, including the ability to post directly to social media. As we’ve learned with large phone and tablet screens, size limits can affect the quality of posted GIFs. The good news is, Twitter recently extended their size limit for posted GIFs from 3MB to 5MB. We’re supporting the new limit in the Mac app and in iOS and Android updates that will be released along with it.

Pro subscribers have had the dual-pane feature on Android and iOS since last spring, and have been looking forward to having the same capability on their larger Mac displays. It’s finally here, and it looks great! With a RadarScope Pro for Mac subscription, you can now view reflectivity, velocity and more products side-by-side. It’s going to look amazing on your Retina MacBook Pro or 27” Retina iMac. 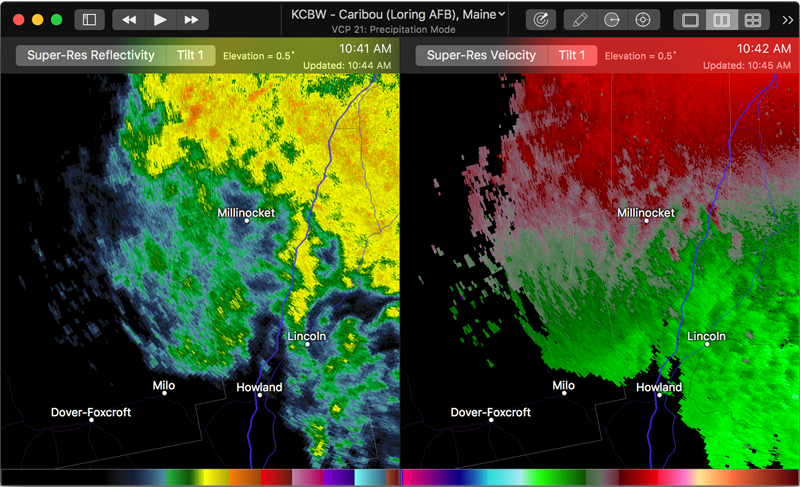 If you already have a RadarScope Pro for Mac subscription, it won’t become auto-renewing until your current term expires. Once you’ve purchased an auto-renewing subscription, you can immediately cancel it through the App Store and you’ll keep the features for the remainder of the term, but it won’t auto-renew next year.

Now that RadarScope for Mac has caught up with iOS and Android, we’re ready to push ahead with new features on all three platforms. We’ve got a lot of new things in the queue for next storm season, and we can’t wait to share them with you.