What is mPING and Why is it Filling My App?

Similar to customer reviews, select advertising campaigns, and other initiatives, mPING uses crowdsourcing to collect useful data and, in this case, weather data. The initiative, mPING (Meteorological Phenomena Identification near the Ground) was implemented in 2012 by NOAA’s National Severe Storms Laboratory as a way to collect public weather reports. Think of it as Waze for weather.

Through mPING, anyone can submit a weather report using their current location, ranging from freezing rain to wind damage. The mPING Network has grown since 2012 and gives meteorologists more confidence and a denser network of weather observations around the country.

The mPING submissions are typically reports of precipitation type and intensity. With the recent advancements in weather radars, mPING reports can supplement and verify aspects of both thunderstorms and winter storms.

However, anyone who regularly checks in on mPING reports may find that some reports are inaccurate, misplaced or just plain wrong. And, some people have been known to submit multiple reports along a full storm. This kind of activity can aggravate even the most patient RadarScope user. 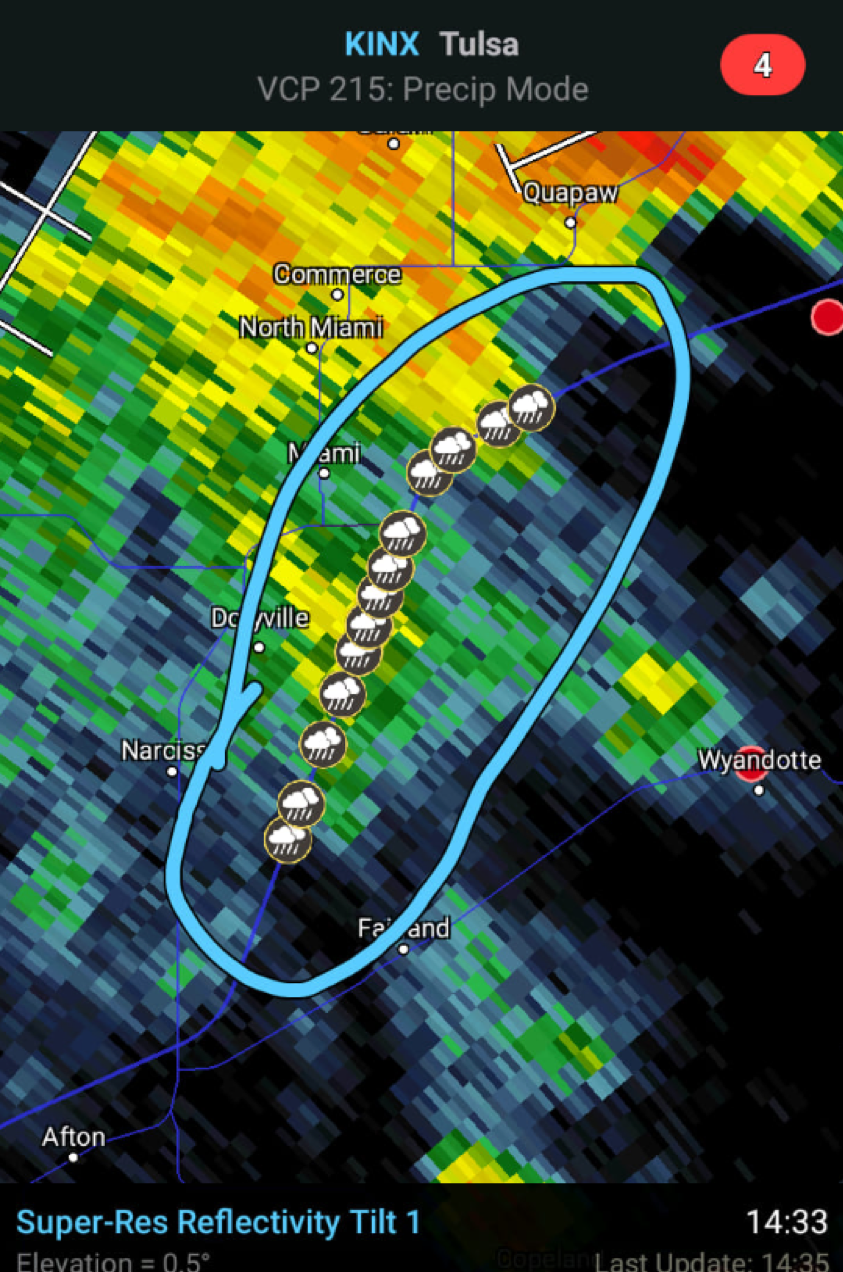 Dual polarization radar was released in the early 2010s, and sends a radar beam in the vertical and horizontal to detect the shape of an object (rain droplet, snow, hail, sleet, etc.). However, radar can only measure objects above the ground. Therefore, the mPING program allows forecasters to receive real-time weather observations, acting as a “ground truth” for weather outlooks in the near and medium term. These reports are very useful in light precipitation events and mixed precipitation events – in both cases, a degree or two near the ground can play a major role in the observed precipitation type. Forecasters and stakeholders find accurate mPING reports extremely valuable.

How do I use mPING in RadarScope?

As of January 2017, mPING reports are available for users to display within the interface, under the ‘layers’ tab. Reports will begin to populate from users around the country when any impactful weather is moving through an area. As anyone can submit a report at any time, populated areas can get cluttered during precipitation events. If you are finding the reports cluttering your screen, it may be a good idea to turn off the reports for a time.

Radarscope also allows a user to submit their own mPING report, which will plot within the application shortly thereafter. The mPING program continues to provide valuable live weather data and the researchers are able to weed out incorrect or spam-like reports.

Bottom line when it comes to mPING reports: they are useful in understanding what is really occurring in a given location experiencing precipitation. However, as with all crowdsourced information, there may be inaccurate reports from time to time or people who opt to misuse the system. In these cases, your best defense is to simply turn them off on your device.

PREVIOUS POSTJuly 19 Wisconsin Storm
NEXT POSTWhat Should I do When the Radar in My Backyard is Down?