What is the RadarScope Shield and other commonly-used user terms?

RadarScope serves as a connection point for a large community of users. In fact, we have our own user group on Facebook, where many RadarScope fans go to talk about, learn how to read, and post radar images. That group – like many – has developed their own language or key terminology. Many RadarScope fans are familiar with most of these terms or all of them, but new users may be scratching their heads to figure out what is going on in some of the comments/forums related to RadarScope.

One of the more unique vernaculars used is “the shield”. When a location is activated within the RadarScope app, the GPS identifier used is thought to look like a shield. Users within the RadarScope community joke that when your location is activated, the shield will act to block storms from moving over the user’s location, leading to a “we never get any big storms” mentality. The community will continue to post radar images of their location when storms miss, claiming the shield was activated or was extra strong on that day. 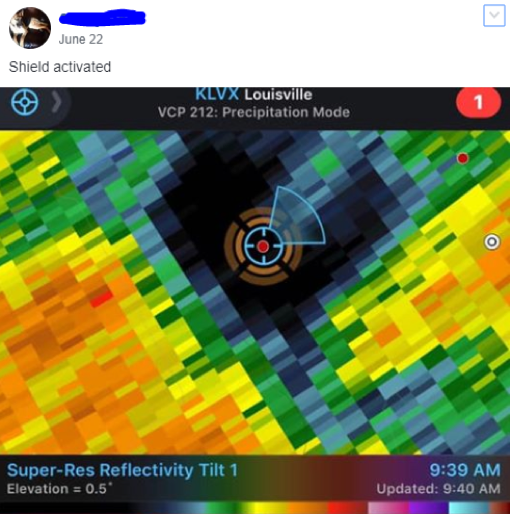 Many storm chasers use RadarScope as their preferred source for radar data and link their Spotter Network credentials to the app. When numerous spotters are chasing the same storm, there is a high density of red dots populated on RadarScope as chasers converge on the same location, thus the birth of the term “chaser convergence”.

However, this is seen as a negative in the weather community as the roads in the Plains can become filled with traffic on two lane roads to a point where it becomes a safety issue. Chaser convergence is expected to increase in the coming years, as more weather enthusiasts make the leap and risk into storm chasing. 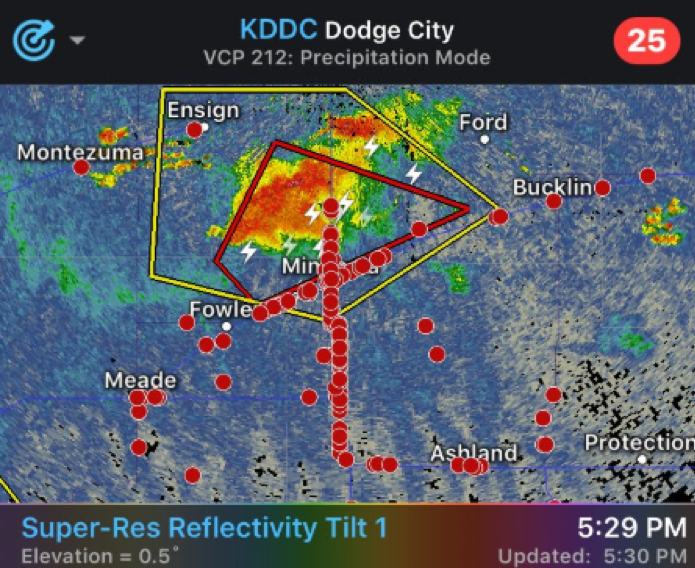 Another, yet less frequent, piece of folklore is something called a virgastorm. The term comes from the real weather observation, virga, and combines with storm as a comic way to be dramatic. Virga is essentially precipitation falling from a cloud, either as rain, snow or ice, yet evaporating before it hits the ground. Virga is frequent when the dew point is much lower than the air temperature.

Since the radar beam increases with height away from the radar site, the sampling typically picks up precipitation several thousand feet in the air, which will appear on RadarScope as precipitation returns. An extreme example of a virgastorm shown below shows dry conditions in a 40-mile radius around the radar site and is picking up on rain and snow further away. 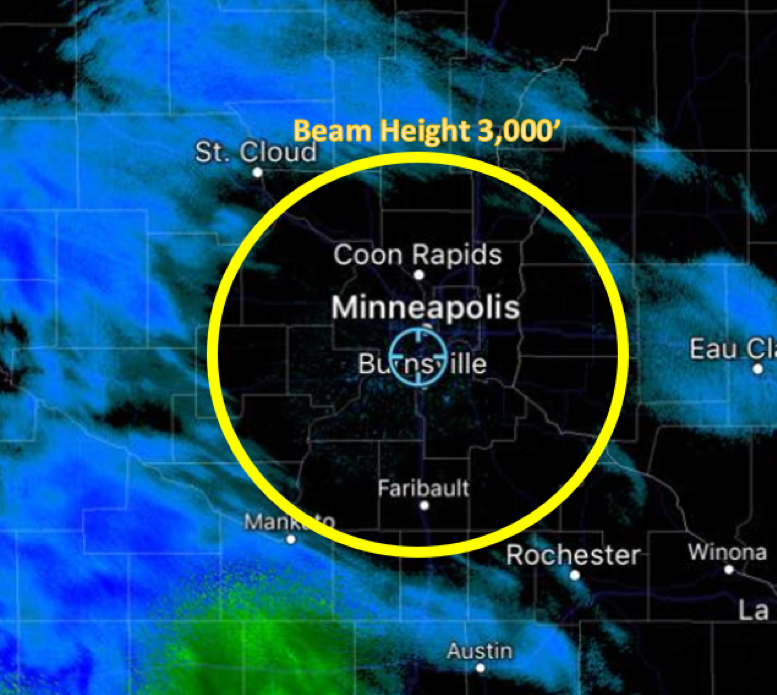 It would appear that “the shield” is extra strong on this day, where in reality it is not precipitating anywhere across the state of Minnesota. The radar beam begins to pick up precipitation around 40 miles away, which equated to roughly a beam height of 3,000 feet. In locations where the beam height is below 3,000 feet, the radar is showing dry conditions, as the rain/snow is evaporating before it falls below 3,000 feet. Consequently, a virgastorm is moving through Minnesota.

No matter which of these three terms – or others you may have heard – you use to describe what you’re seeing on RadarScope, rest assured there is a community of fans who understand what you’re talking about. You may, however, need to be patient with new users and let them in on the folklore.

PREVIOUS POSTWhy do radar gaps exist – how do we gather weather data?
NEXT POSTSee local snow squall warnings on RadarScope