We are constantly working to make RadarScope better. However, sometimes there are bugs that appear that we weren’t expecting. Here’s an update on some if the issues you may have experienced recently.

Being able to draw on both screens at the same time is a feature I was waiting for. While the dual pane view let us see any two images together, being able to point out something interesting on both screens was not possible until the most recent release. I am looking forward to using it more in the future. 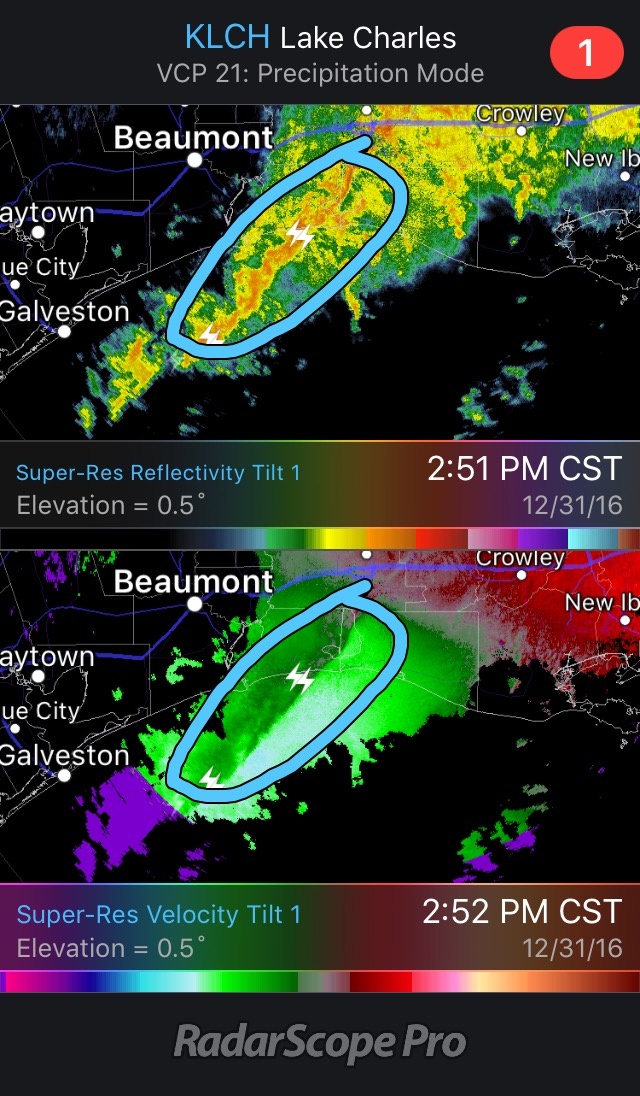 Yet, we also realize there were a few bugs that have popped up that are frustrating to many. Here are some problems you have mentioned:

Have you been unable to plot the storm tracks on your Android? If so, this bug has been fixed. Look for the latest release, 3.1.4, which came out on December 29. Once you download that, this issue will be eliminated.

There have been problems when some went to save images on their iPhone or iPad. The app has been crashing when the image save icon is pressed. This is a known bug that is being worked on. For the time being, if you want to keep a RadarScope image, you need to capture it as a screen shot by pressing the power and home button at the same time. This will be fixed very soon in an update.

We know some are reporting issues with their Android watches and RadarScope. Unfortunately, the problem has not been able to be reproduced. The ability to to pull error logs from you watch has been added. Send those to us in the support view on your phone and we will work to fix this.

How to Report Problems

If you’re a member of the RadarScope FaceBook Usergroup and have been reporting problems there, we are trying to keep an eye on what you are saying. We realize there are some other bugs out there and the RadarScope team will be working diligently on this as I write. The best way for you to report problems is to do it straight from your app.

In order to do this, make sure you have Help selected, as show below. Then tap on Support and email our support team about what problem you are having. 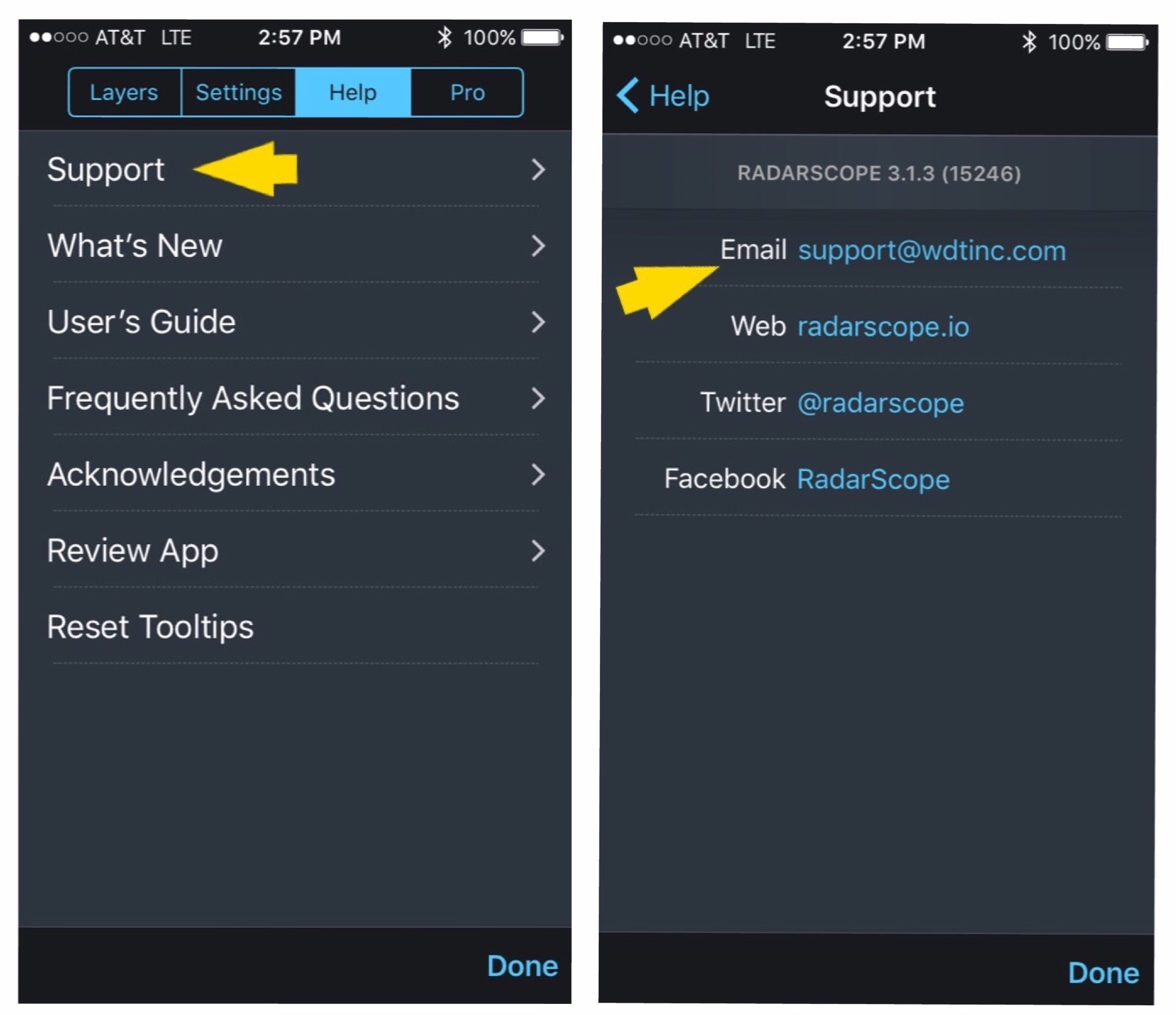 There are many different types of phones and smart watches out there now. Our RadarScope team is doing its best to make sure our app works on all of them. Before downloading a new release, close your RadarScope app first and then re-open once the new one has loaded. And always make sure you are running the latest operating system for your device. {{cta(’21a274de-8c89-40fd-9a86-b274cfea69c8′,’justifycenter’)}}