We’re pleased to announce the release of RadarScope 4.0. It’s available today for iOS, macOS, tvOS, and Android. RadarScope 4.0 for Windows enters beta testing today, and will be released as soon as testing is complete. Version 4.0 includes several new customer-facing features today, and under-the-hood changes that will lead to more new features down the road. Here’s a brief look at RadarScope 4.0.

In With The New

RadarScope debuted on the App Store twelve years ago. A lot has changed since then, especially on mobile platforms. This release marks the end of a multi-year effort to reengineer RadarScope’s foundations. We rewrote the code that parses radar data, switched from OpenGL to Metal on Apple platforms, and modernized the Android app to use Google’s Jetpack APIs. The new code runs faster and uses less memory, which in turn frees up resources to do more things. These changes keep us current on Apple and Google platforms and set the stage for new features and improvements in forthcoming releases.

Embracing the future means leaving the past behind. New app features often require the use of new system features, and Apple and Google are dropping support for some older APIs. As a result, RadarScope’s new minimum system requirements are iOS 12, tvOS 12, watchOS 4.3, macOS 10.13, Android 7, Wear OS 2.0, and Windows 10. If you have a device that can’t be updated to the new minimum system requirements, RadarScope 3.13.x will continue to run for the foreseeable future. But we’ll be unable to provide updates for those devices going forward.

We recently extended the range of our super-res products to include the full radar coverage area. Super-res reflectivity for NEXRAD radars now extends to the same 460 km range as base reflectivity. Although this allows you to see returns from farther away, it’s important to remember that at longer distances from the radar, the beam is higher in the atmosphere. You’re seeing echoes from much higher in a storm system, so they are less indicative of conditions near the ground. 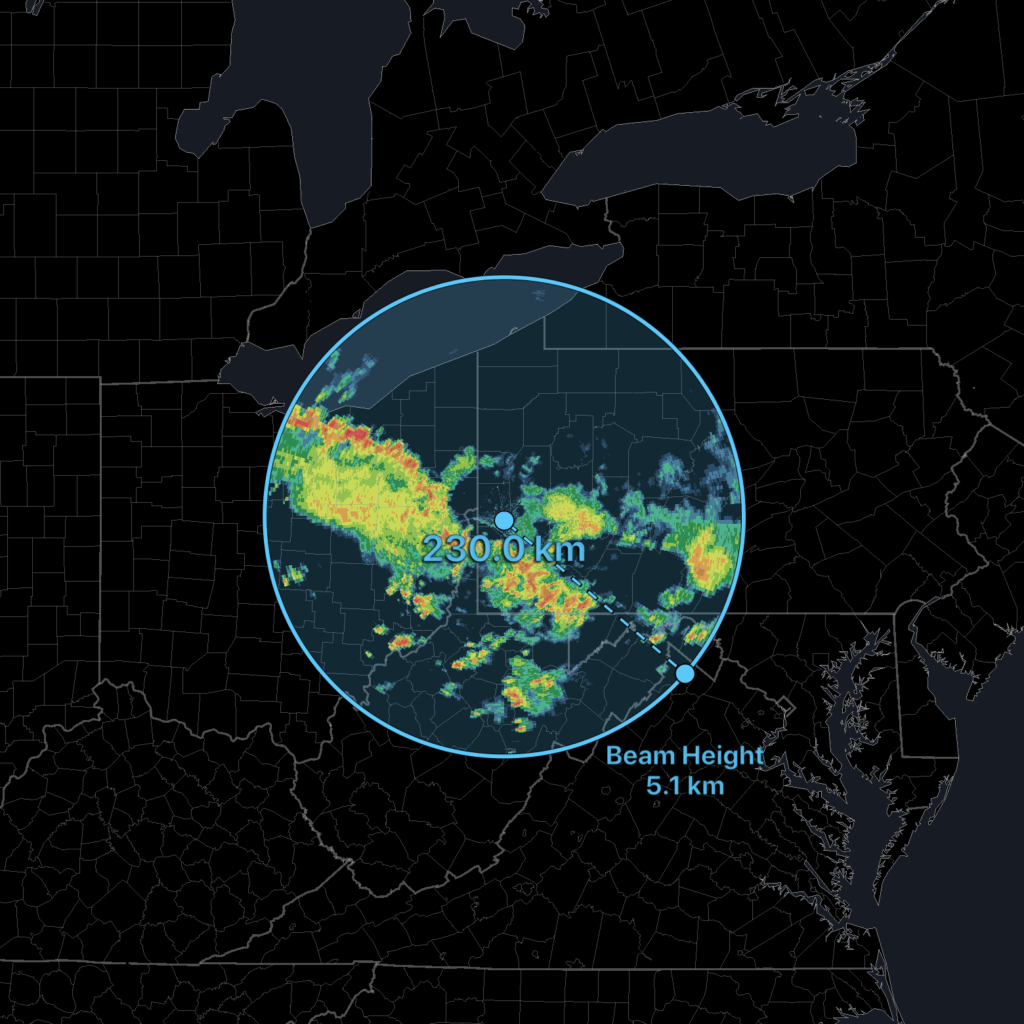 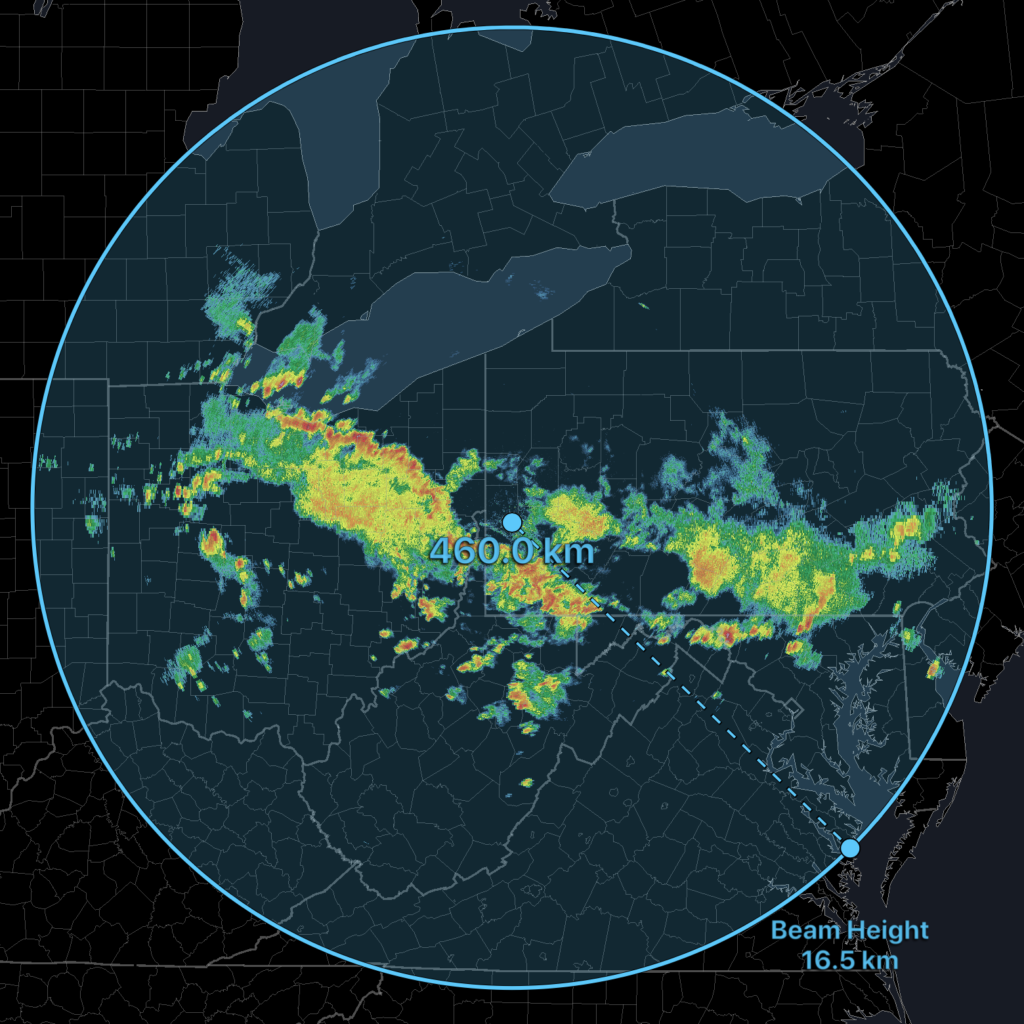 We’re working to give you better maps, and RadarScope 4.0 includes the first fruits of that effort. The new maps feature more detailed geographic and political borders, bodies of water including lakes and rivers, and more city locations. 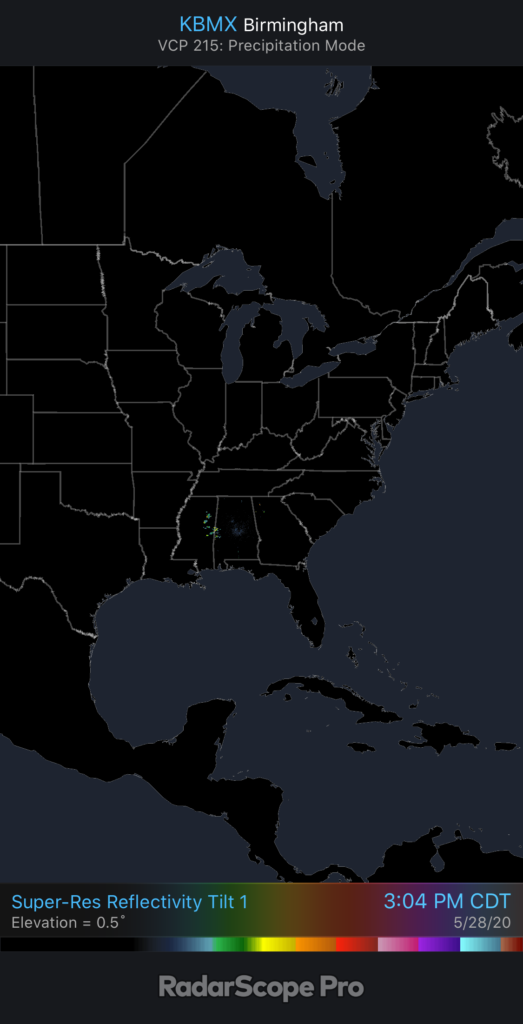 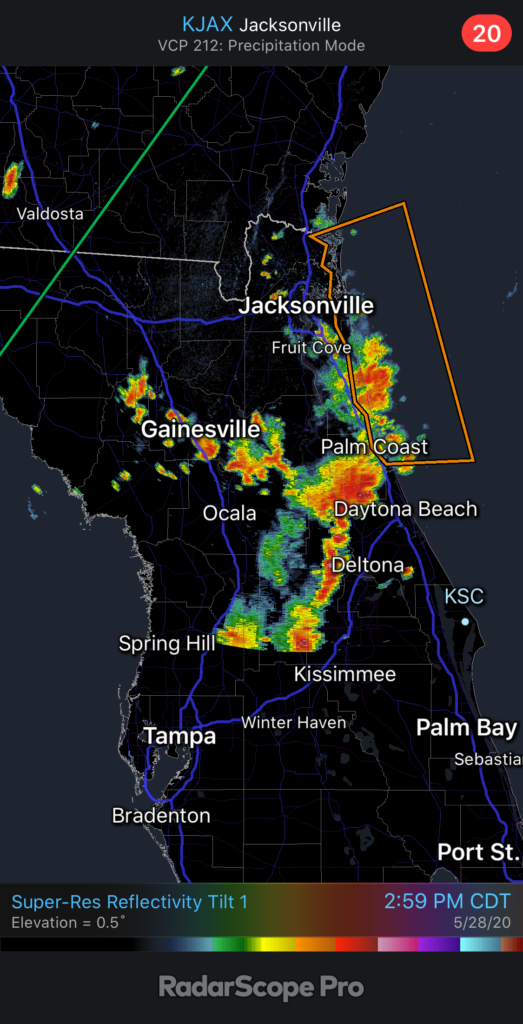 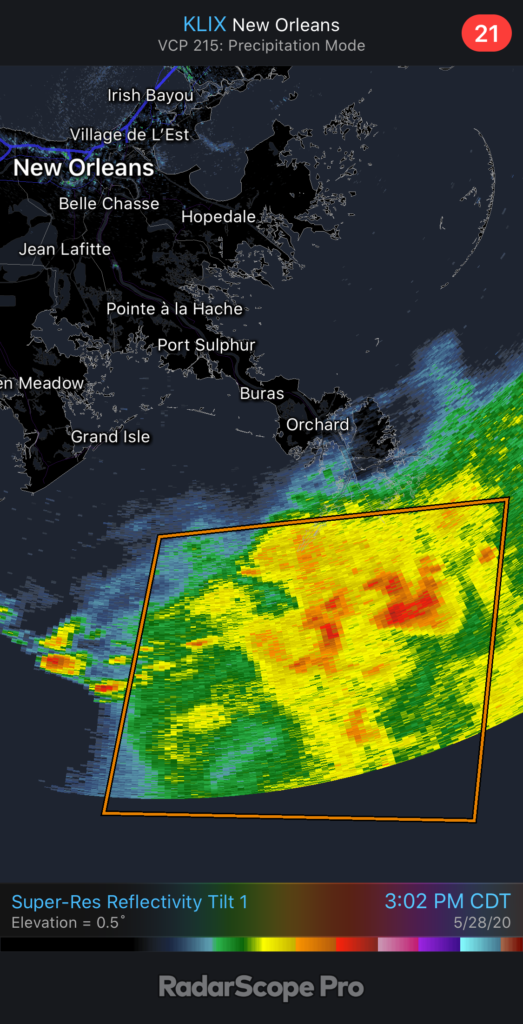 Around the World in 80 dBZ

RadarScope 4.0 expands our international coverage to include seventeen radars in Germany and one additional radar in Rainbow, Australia. The German radars provide reflectivity and velocity products at ten different tilts. In addition, the Apple Watch and Android Wear apps now support Australian and German radars.

To better support our growing multilingual customer base, RadarScope has been localized to German, French, and Spanish. Most of the UI is covered, though the User’s Guide and other help content remains in English for now. If you see something we missed or got wrong, please report it to our support team. 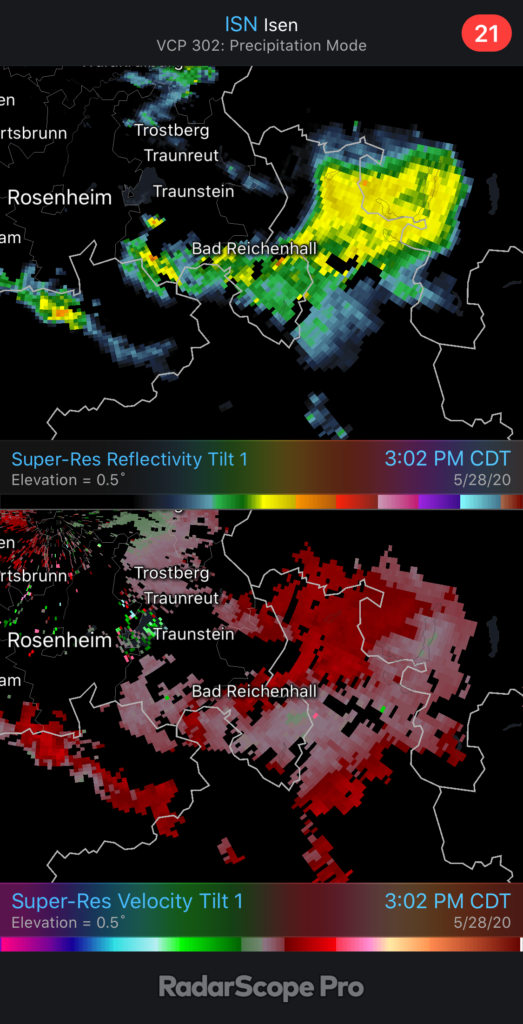 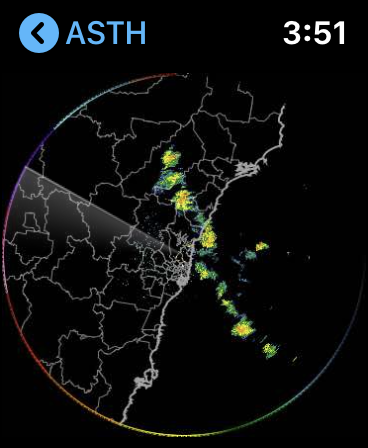 The ability to control the loop speed has always been available in the Mac and Windows apps. Now it’s available on iOS and Android too. Look for the Loop Speed slider in the Settings.

Locations Services for Mac and Windows

Mac and Windows now have support for system location services. Because most Mac and Windows devices lack built-in GPS hardware, their location services rely on known wifi router locations and IP address lookup. This is less accurate than GPS or cellular-based location data. It isn’t suitable for mobile situations, but it’s usually sufficient for stationary use. 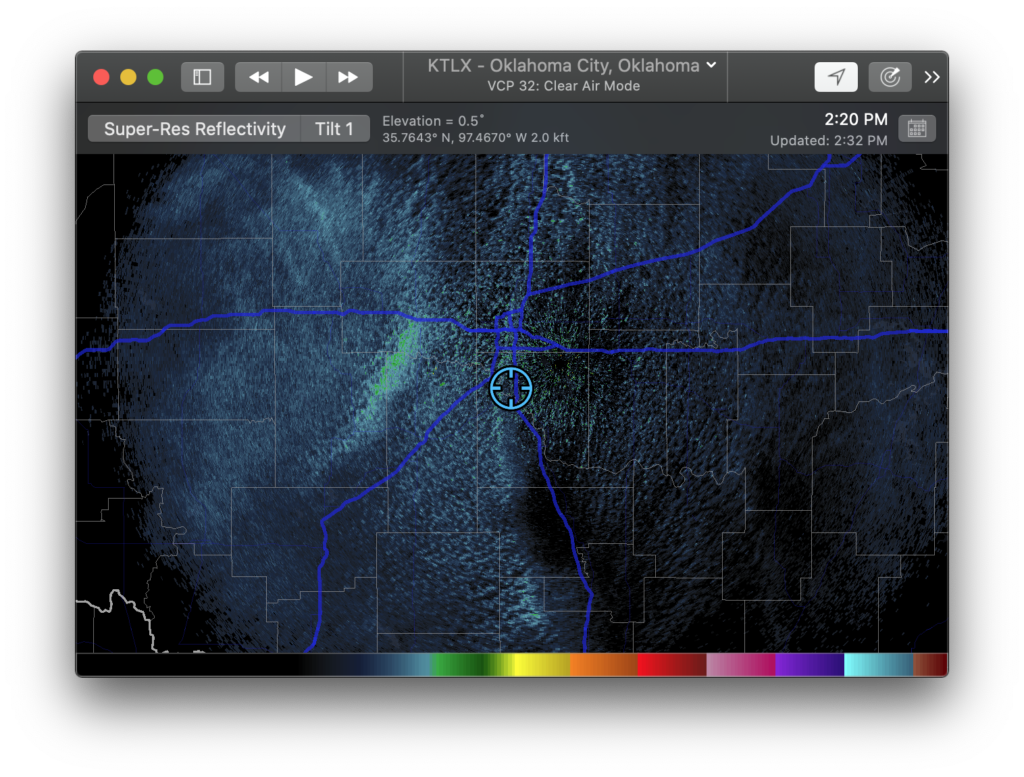 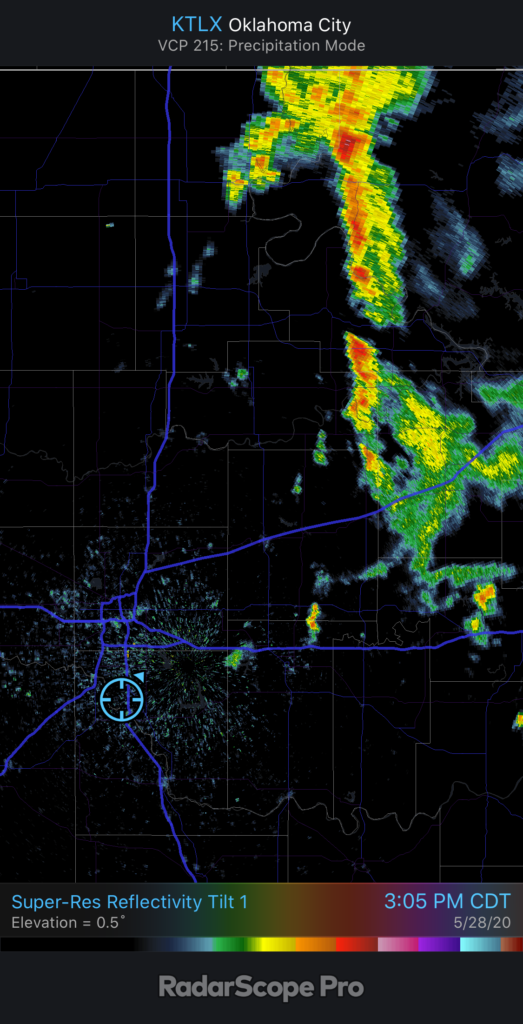 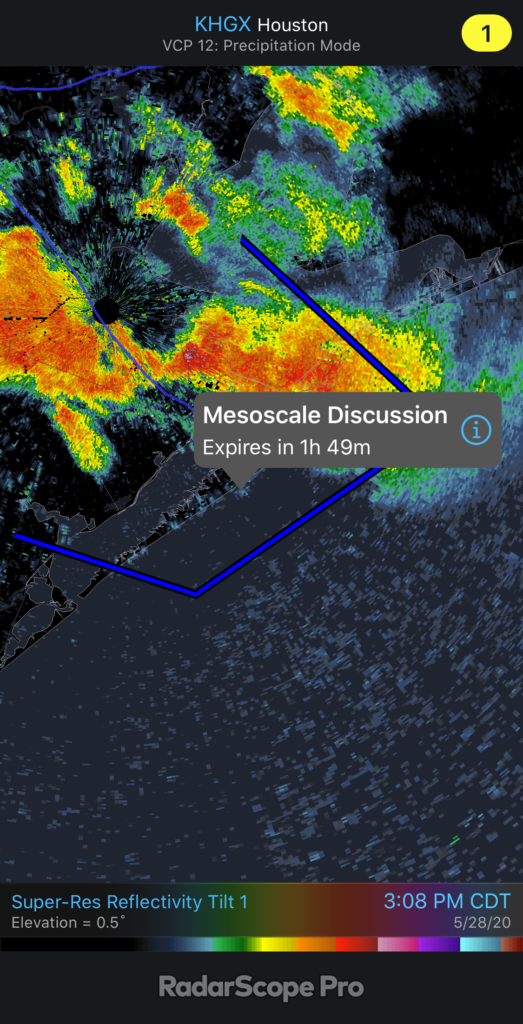 AllisonHouse customers can now view their Special Weather Statements feed. These statements are issued by the National Weather Service for hazards that have not yet reached warning or advisory status or that lack a specific code of their own.

RadarScope displays five types of NWS warnings and—with an AllisonHouse data plan—two types of NWS watches. Sometimes all those polygons can get in the way of what you really want to see. In RadarScope 4.0, each warning and watch type can be toggled separately in the layer settings. Just tap the filter button next to the on/off switch, then select the types you want to display. When a particular type is turned off, it won’t appear in the list or in the badge count. The same filtering capability is available for different types of mPING, local storm, and spotter network reports.

Apple added trackpad-driven cursor support to the iPad in April. It’s awesome, and it’s now fully supported in RadarScope on iOS 13.4 and up.

NSSL’s mPING project recruits citizen scientists to help improve the accuracy of radar precip detection algorithms by reporting weather conditions at their location. mPING went offline several weeks ago for maintenance and system improvements. RadarScope 4.0 restores access to the service. And with the new report type filters, you can decide which types of mPING reports you want to see. mPING service won’t be returning to older versions, so you’ll need to upgrade to 4.0 to resume using it.

We’ve normalized the color palettes for several classic products—including reflectivity, VIL, echo tops, and precip products—to match their modern counterparts. This makes it easier to compare those products and easier for us to manage color table changes going forward.

We welcome your feedback and questions. Our support team remains available 24 hours a day, 7 days a week at radarscope@dtn.com. If you need immediate assistance, email them for the quickest response. You can also reach out to @RadarScope on Twitter, or the RadarScope page and RadarScope Users Group on Facebook.