As winter approaches, you may start wondering how to identify snow while using RadarScope. There are a few ways to accomplish this task. Let’s take a look at a few different images that can help in the future.

First, let’s compare reflectivity for echoes that are all rain and all snow. I’ve captured images of snow in South Dakota and rain near Memphis. A snow echo will typically have a fuzzy or grainy appearance on a reflectivity image. Also, note the significantly higher reflectivity values for the rain than for the snow. In the Precipitation Depiction images throughout this blog, green and yellow shades represent rain, and the blue shades represent snow. Now, let’s look at the images below with only snow. Snow typically has reflectivity values between 5 and 20 dBZ but can be higher if it is melting. Notice again the grainy appearance of the snow in the reflectivity image? 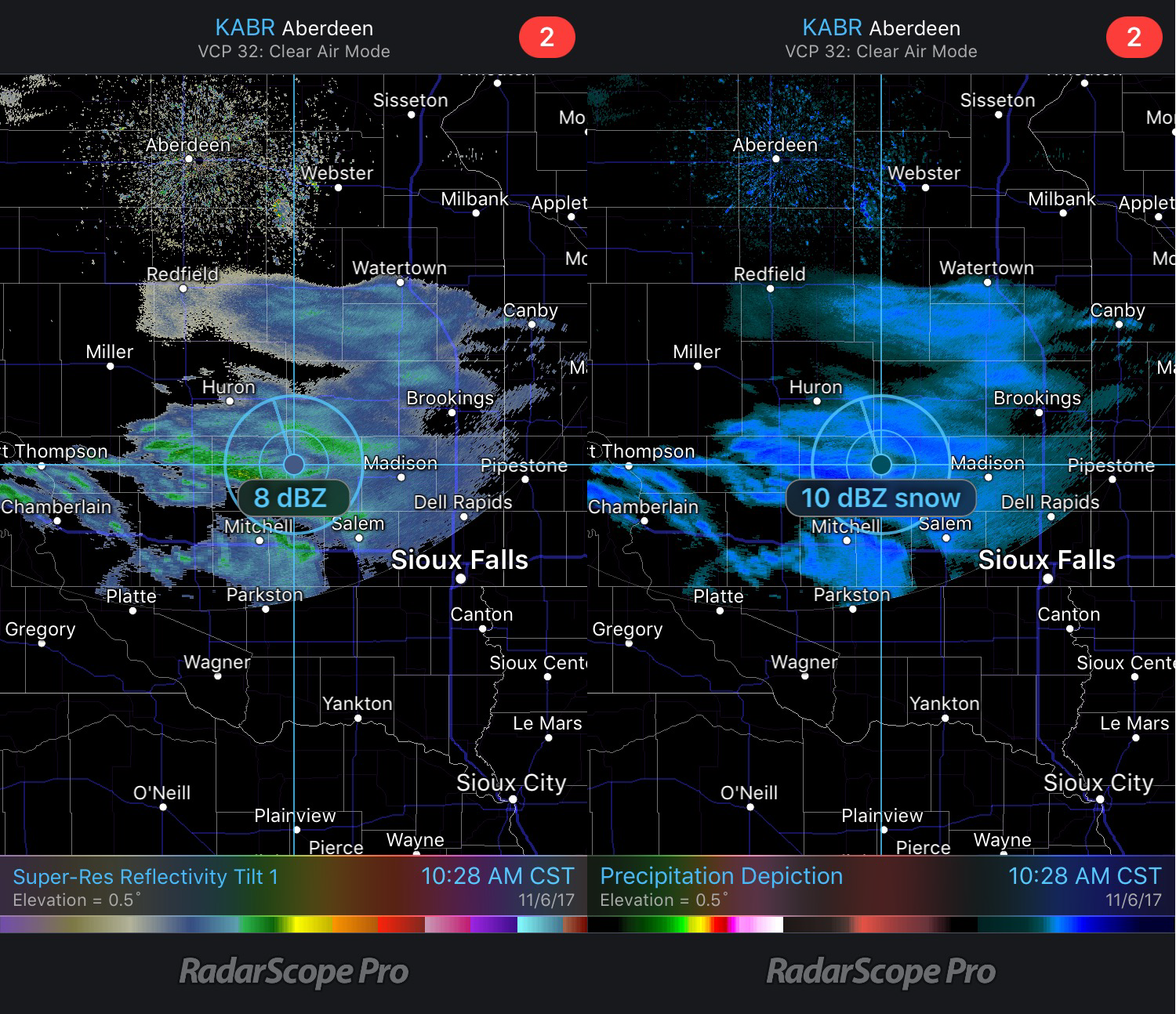 Here are reflectivity and precipitation depiction data from Billings, MT. Notice it shows higher values than the previous image, especially near Billings. At the time of this image, heavy snow was being observed at the Billings observing station.