Harvey roared into Rockport, Texas as a Category 4 hurricane last night. Did you keep your eye on his eye as he made landfall? Take a look at RadarScope images from last night as well as a current look at this catastrophic storm. 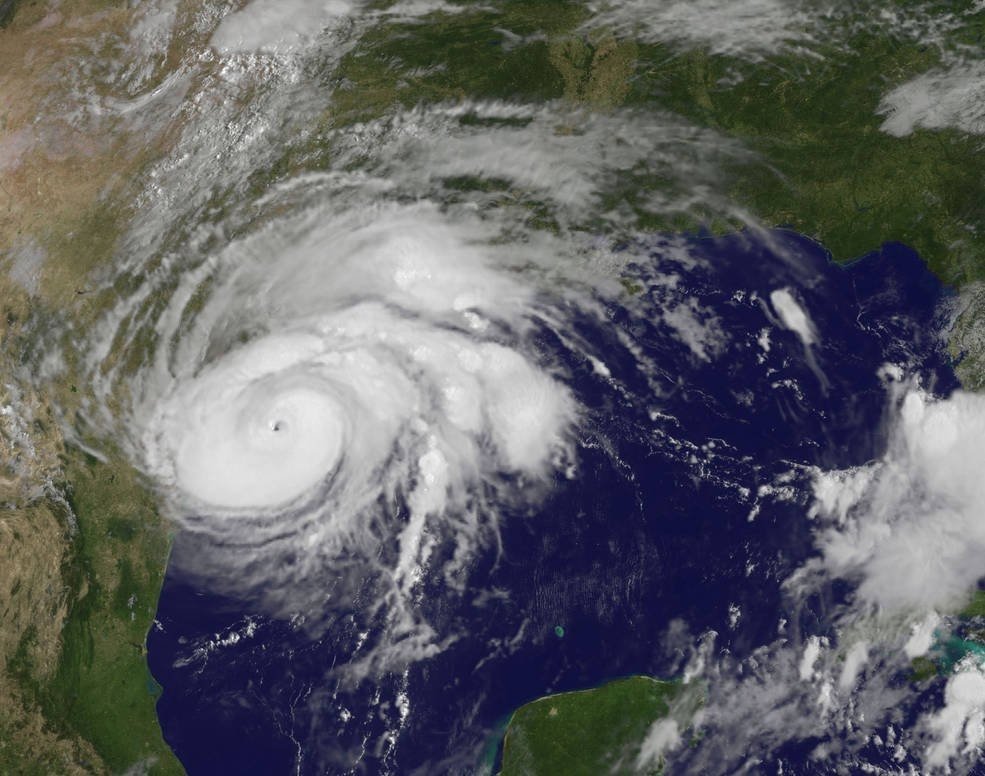 Before we start looking at detailed images, let’s take a look at the big picture. In the above image, you see visible satellite of Hurricane Harvey while strengthening in the Gulf of Mexico. The pinhole eye is easily seen, and feeder bands reach hundreds of miles out. 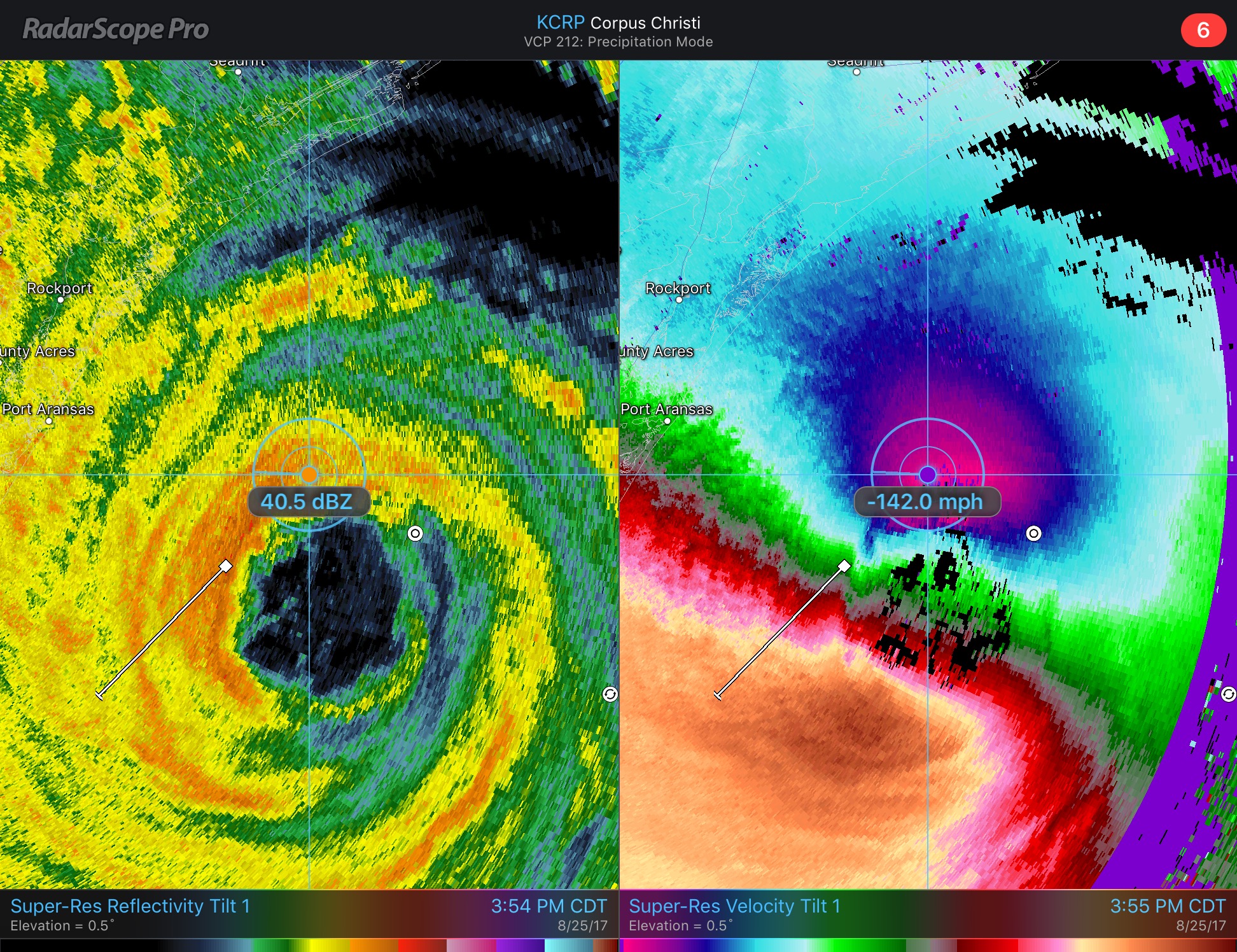 Using dual pane, we can see Harvey on both Super-Res Reflectivity and Velocity. I found winds more than 140 mph, and while these are not ground level winds, Port Aransas did record a peak gust of 132 mph last night.

Just before landfall, you can see incredible detail of the circulation in the eye of Harvey. Forward motion has already slowed down in this animation. Rockport is now taking the brunt of this storm and images of the town show extreme damage occurred last night. 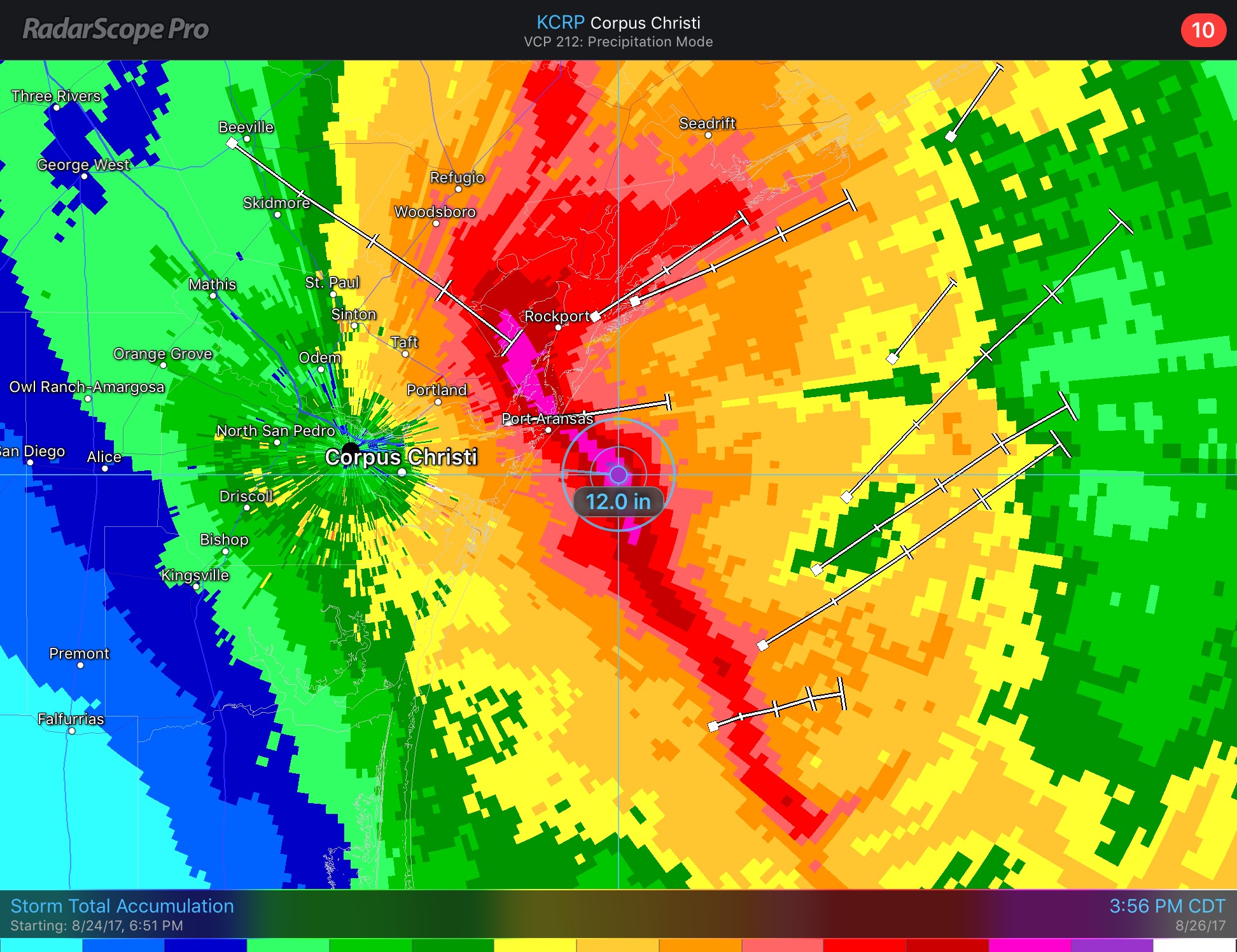 The wind is not the only threat. In this Storm Total Accumulation image, captured Saturday afternoon, you can see a maximum of 12 inches of rain. Extreme rainfall will lead to significant and hazardous flooding over the coming week. Some areas may see over 4 feet of rain, more than their average annual rainfall before this storm is done wreaking havoc!

As of Saturday afternoon, Harvey has been downgraded to a Tropical Storm and become stationary. This is now setting up for a major flooding disaster. You can see on reflectivity that heavy rain is falling across central Texas. The eye of the storm is still visible, and feeder bands extend past Houston into Louisiana.

Looking at a closer view of the feeder bands to the east of Harvey’s eye, you can see storms training over the same area. One band extends from south of Sugarland up past College Station. Rain gauges near Katy have measured 5-7+ inches of rain as of 5:00 pm on Saturday. A tornado warning also shows up, which is not usual to find in tropical storms as they move inland. Another heavy band of rain passes through Beaumont, and you can see the edge of a further one in Louisiana.