5 Things to Know About RadarScope Before the Upcoming Severe Season

Step one is to always know your location. While knowing your position may seem like an elementary step for many RadarScope users, studies suggest most people are unaware of the county they live in or are unable to place themselves on a blank map of the United States. Knowing your location and especially your county can be critical in gathering the most recent severe watches and warnings. There is a GPS-enabled function built into the app that will find your current location; if you click it again, it will show you what direction you are facing. 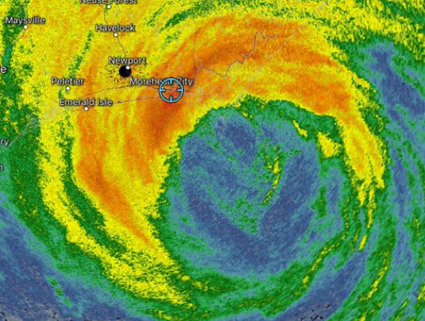 Some RadarScope users describe the GPS location icon as a “shield.” The folklore suggests whenever a user has their location turned on, the symbol will act to block thunderstorms, since it loosely resembles a superhero shield.

#2. Understand how to use basic RadarScope products

RadarScope is a powerful tool for both meteorologists and weather enthusiasts, but do you know your way around the various products? Super-Res products are available at the highest resolution on the market. The legacy radar product most people are familiar with is Super-Res reflectivity. It shows where the radar returns are strongest, which typically reflect precipitation intensity. Additional information about reflectivity is available in one of our more popular posts: Reflectivity Products. 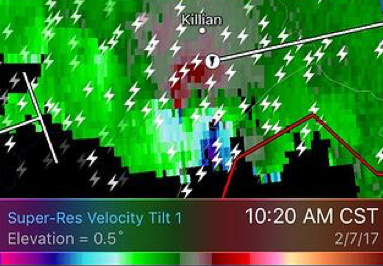 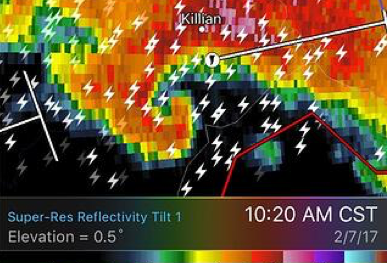 Outside of flooding and lightning, wind has the largest impact to life and property. It can be measured on Doppler radar, which is available as a super-res product on RadarScope. It measures the speed at which hydrometeors/raindrops are moving toward or away from the radar. Velocity data is both useful in measuring potential wind gusts in a storm and discovering potential tornadoes or rotation aloft in a storm. Whenever red and green pixels or towards and away pixels are captured, there is a potential of a tornado. Review additional information on velocity data in our Product Details.

#3. Time out thunderstorms or precipitation

Ever catch a TV meteorologist drag out a line with estimated storm times of arrival? RadarScope has the same ability in the palm of your hand. When the storm corridors are turned on, information about individual cells becomes available, including the velocity of a cell, and estimated times of arrival out to an hour. Information on how corridors are calculated are available on our website. 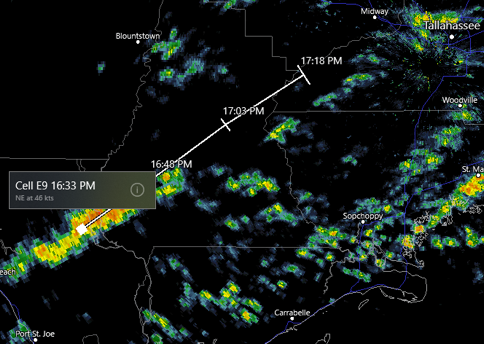 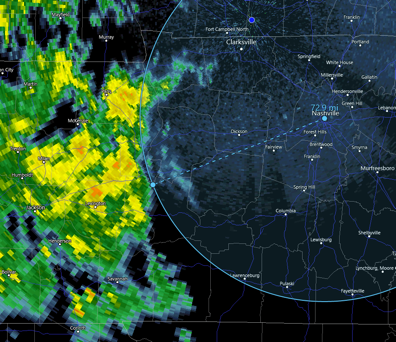 In addition to using storm corridors to time out storms, the distance tool also comes in handy for batches of precipitation. For example, the panal above is measuring a storm about 70 miles away. We can use the storm corridors to find the cell moving NE at 35 mph. 70 miles/35 mph = 2 hours away. The distance tool can come in handy for large thunderstorm complexes several hours away.

#4. Use and/or contribute to storm reports for accuracy

Radar doesn’t always capture the full spectrum of a thunderstorm event. Weather forecasters rely on ground truth from storm reports taken by the general public and storm spotters. There are three major sources for such data: weather stations such as airports, local storm reports passed on through the National Weather Service, and mPING. 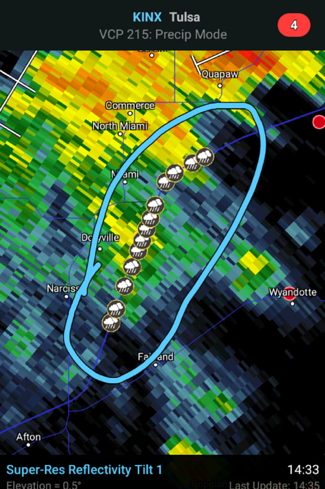 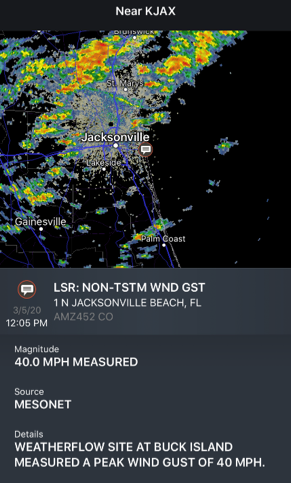 RadarScope supports both mPING and local storm reports. mPING is a crowdsourcing campain that allow users to submit their current precipitation type, along with other more specific weather types. Local storm reports are typically more damage observations due to severe weather, measured snow, or tornado/funnel clouds.

RadarScope produces millions of radar images a day, many of which can be lifesaving, fostering facinating images that can be shared across the community. In fact, DTN meteorologists recently ranked their favorite radar images from 2019. RadarScope has the built-in ability to share still images and animated GIFs to be either saved or directly shared on social media.

Connect with the RadarScope Community on the Users Group Facebook Page.

Learn more through our RadarScope Academy.