Inside the Hail Detection Algorithm

Hail can be a significant hazard in a storm. Understanding the hail size determined by radar can help assess the potential threat to an area. 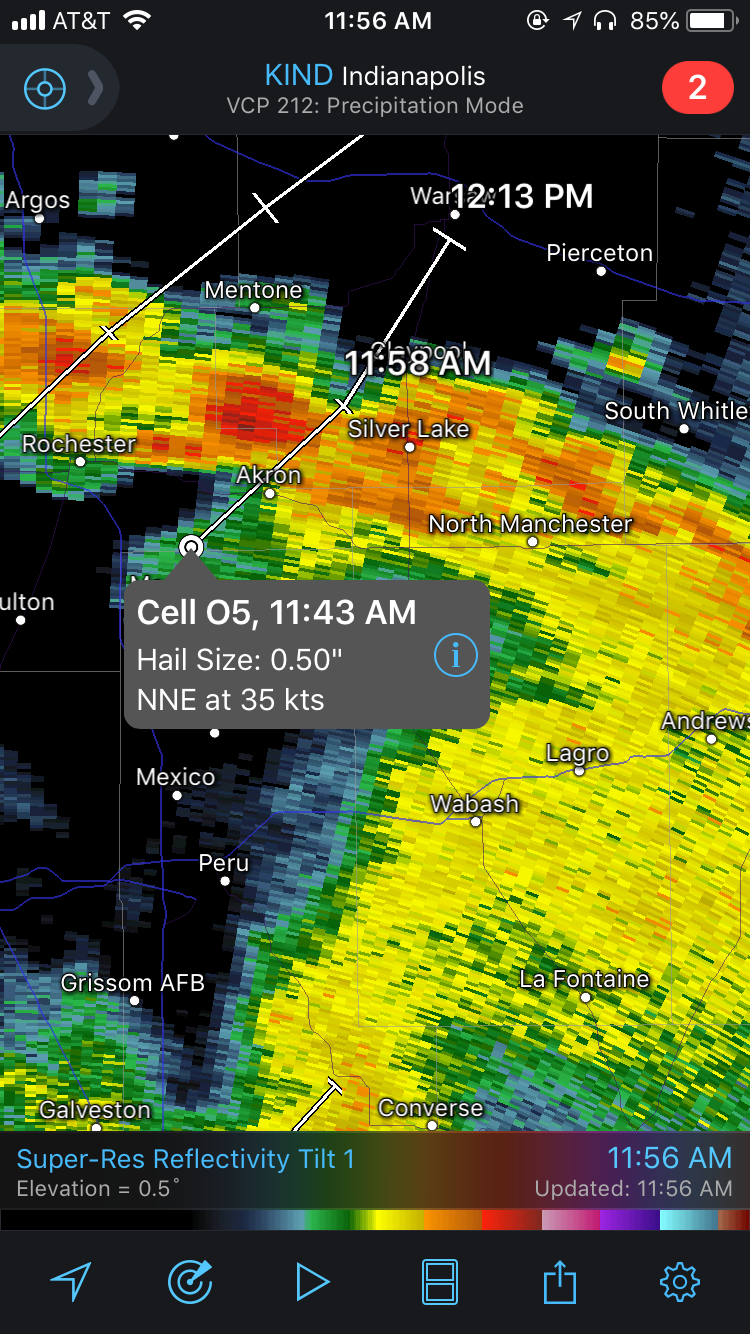 These attributes are displayed in RadarScope by using storm tracks. At first glance, you might interpret hail size as the size of the hail when a stone reaches the ground. However, this will likely not be the case because these hail sizes are estimated at the height of the radar beam (which increases with distance from the radar), not what you may see at the ground.

NEXRAD radars use an algorithm known as the Hail Detection Algorithm (HDA) to assess the potential for hail. For a given storm, the HDA calculates the Probability of Hail, the Probability of Severe Hail (larger than an inch in diameter), and the Maximum Estimated Hail Size. The HDA works by identifying the 0°C level and the -20°C level from model data. After this data is ingested, the algorithm searches for reflectivity values of at least 45 dBZ above the 0°C level. The higher these reflectivity values are found above the freezing level, the higher the likelihood that the cell is producing hail. The Probability of Hail and Probability of Severe Hail (POSH) can be viewed by touching the “i” icon on the storm attributes. This image is an example of what you might see. 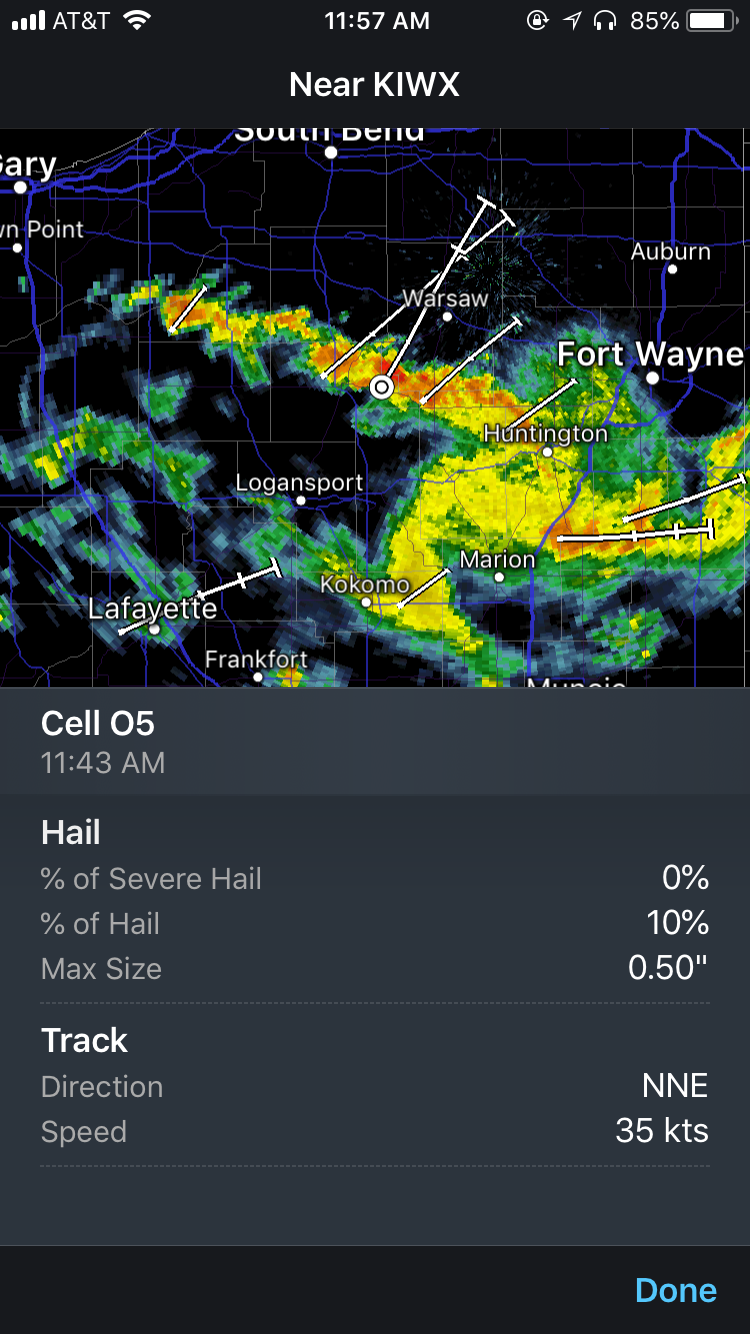 Hail and Track Information in RadarScope

As with most radar topics, there are a few caveats to keep in mind when using this data. When the freezing level is low (typically below 8,500 feet), small differences in the height of the freezing level can result in large differences in POSH. Also, when a storm weakens, and the highest reflectivities descend toward the ground, the HDA may report that no hail is likely when it could still be a possibility.

Though the Hail Detection Algorithm can provide valuable information about a storm, it’s important to understand where the hail is in relation to the radar. Knowing this can help give an estimate of how large the hail may be when or if it reaches the ground. Being mindful of this information, as well as potential limitations, can help you be more informed about what may be observed at the surface. And remember when you experience hail, report it to scientists through the app using the mPING reporting feature.