What Should I do When the Radar in My Backyard is Down?

From 1992-1997 NEXRAD, more specifically WSR-88D, radars were deployed across the entire country, giving meteorologists a national look at precipitation. Since the 1990s, radar data has become much more readily available to the public, forever changing and increasing the value of these radars. Radarscope uses such data from NEXRAD radars to produce the stunning images seen in the app today.

Much like other technologies, when things get old they need to be replaced/upgraded to continue on. The 159 radars around the country are currently in the process of a renovation, also called the “Service Life Extension Program (SLEP)”. During the project, each radar will be down for a couple weeks as renovation teams make their rounds from radar to radar. The current schedule continues scheduled radar outages through at least August 2020. As the updates occur, your local radar will be down for a couple weeks (How to check if your radar is down), and unavailable within the Radarscope App, or any other program/website for that matter as no data will be transmitted. However, fear not, there are a couple ways to still view radar data in a limited fashion in your backyard. 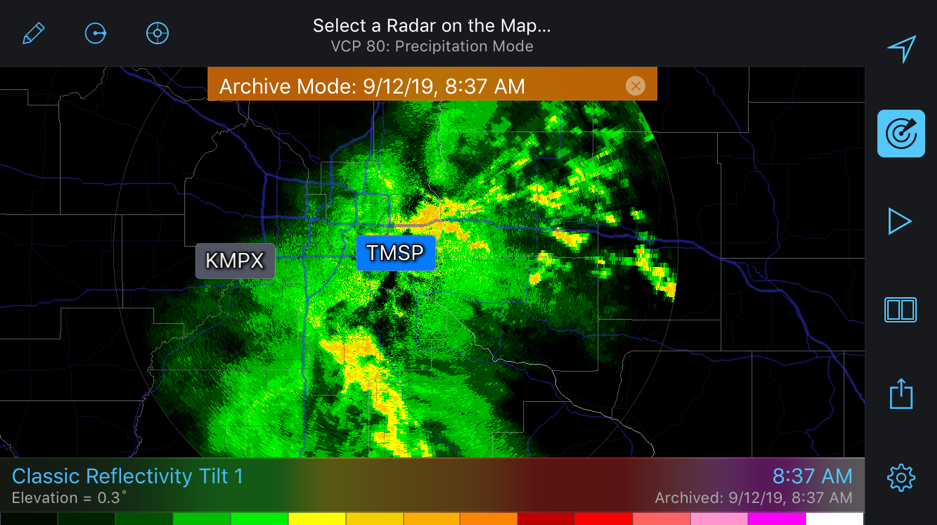 When the radar is down for maintenance, the easiest solution is to switch to what is called a terminal doppler radar (TDWR). These radars are placed at major airports around the country to detect wind shear and downbursts that could impact aircraft as they take off or land. Fortunately, these radars are available in the Radarscope App and are a temporary solution. To view TDWRs in Radarscope, you must first enable the “Show TDWRs” option in the app settings.  The terminal radars are less sophisticated and will not plot all the different modes as NEXRADs would, but they will plot basic reflectivity and velocity data. However, the radar data is at a limited range due to a process called attenuation, which is the weakening of a radar beam as it moves outward from the radar site. Attenuation is magnified on terminal radars. Consequently, the TDWRs will provide a better representation of storms near the radar, rather than those far away. As this blog is being written, the Minneapolis/Chanhassen (KMPX) radar is currently undergoing upgrades, but the Minneapolis terminal radar (TMSP) is sufficient enough to pick up the rain across the local region. 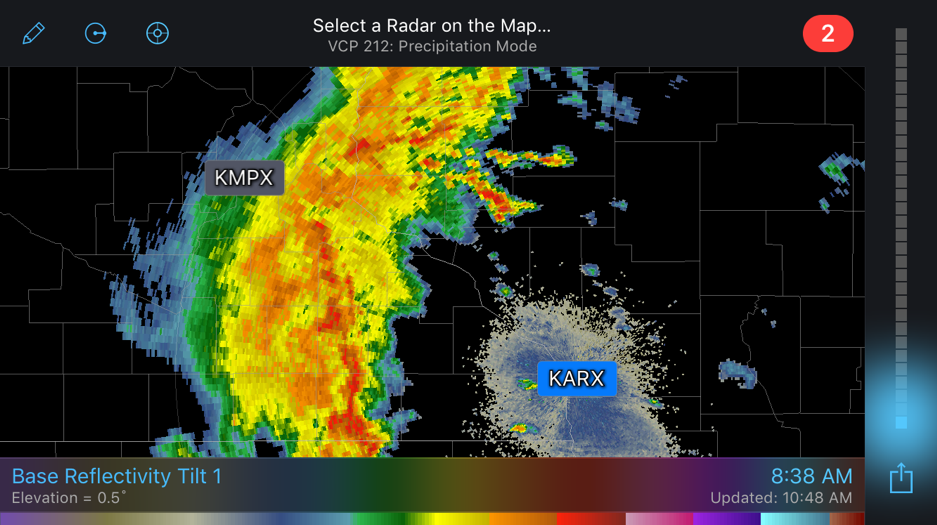 While there are 45 terminal radars around the country, they do not cover every square mile. In cases where your town does not have a radar at the airport, the trick is to use neighboring radars. Just be sure to use the “base” products and not the “super” products. The radars are generally designed to measure precipitation out to 125 nautical miles, but they can be extended 250 nautical miles at a lower resolution by using the base products.

Each radar across the country will continue to be updated through the end of 2020, so if your neighborhood radar has not been down for a couple weeks, an upgrade is coming to a radar near you! When the radar is down for two weeks, or if it is down for other reasons, you have two options to remedy the lack of RadarScope in your life; use a terminal radar or use a neighboring site.

PREVIOUS POSTWhat is mPING and Why is it Filling My App?
NEXT POSTWhy do radar gaps exist – how do we gather weather data?